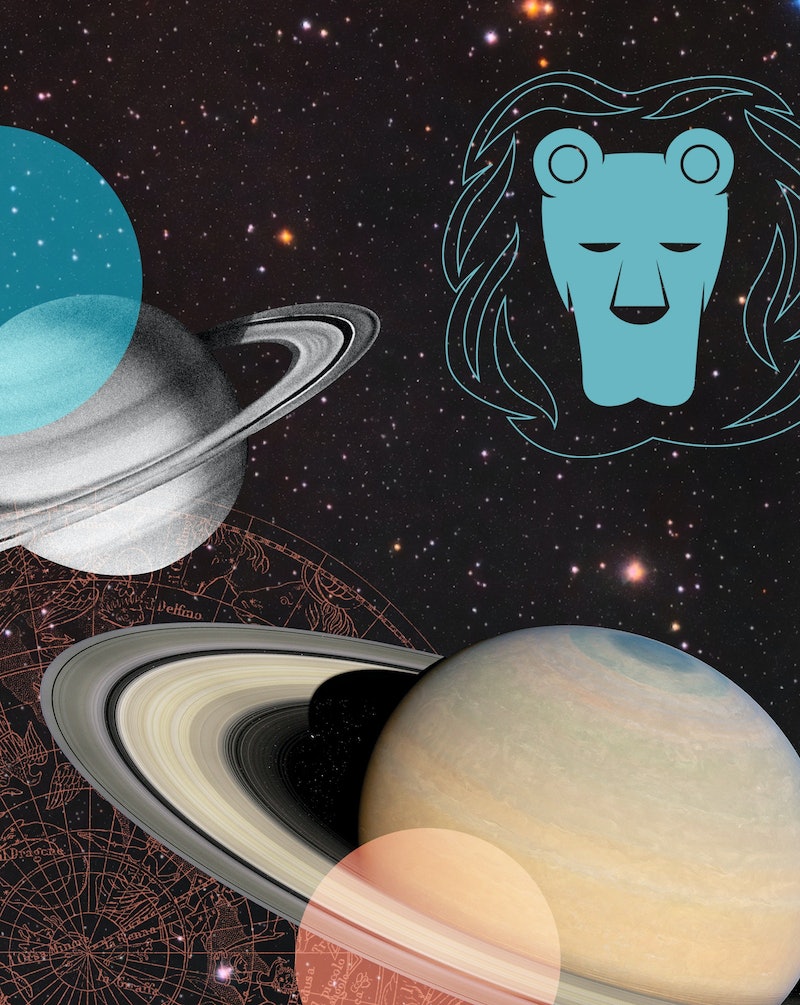 Get ready to manifest some serious Leo season magic, because Aug. 8 — also known as the lion’s gate portal — is considered an auspicious date for setting abundance-focused intentions. This cosmic alignment combines the fiery energy of Leo season, the annual dawn rising of the bright star Sirius, and the lucky numerology of the number eight. If you believe in its power, August 8 (or 8/8) might be one of the luckiest days of 2022. If you're into astrology or numerology, don't sleep on this opportunity to manifest abundance and dream big.

While this event is a fully modern invention that’s become popular within many modern new age practices, some of the mythology behind the lion’s gate portal is inspired by an astronomical phenomenon that has been celebrated by cultures around the world for thousands of years — specifically in regards to the fixed star Sirius, which rises annually over the eastern horizon around this time each year.

"Civilizations as far back as the Dogon tribe of Africa, Sumer, and Ancient Egypt tracked the Sirius star system across the sky," ascension guide and intuitive healer Laura Brown tells Bustle. The symbolism of Sirius rising — combined with the numerological magic of Aug. 8 amidst the supercharged solar power of Leo season — brings a sparkling spiritual window of opportunity for all zodiac signs to set intentions, embrace abundance, and create new beginnings.

Read on for a deep dive into the meaning of the 8/8 lion’s gate portal so you can take advantage of the potential power of this date.

The Astrology Of Lion’s Gate Portal

Let’s talk astrology and astronomy. The fixed star Sirius — which is the second brightest star in the sky, next to our sun — is sometimes referred to as the "Spiritual Sun." This is likely due to its vivid luminosity, and also because astrologically, it’s associated with lighting up the spirit and illuminating our higher-minded goals and ambitions. The astrological symbolism of Sirius is thought to combine some of the energies of expansive planet Jupiter and action-oriented planet Mars. It brings an abundance of power, the potential for fame, and high honor.

Many sources refer to an alignment occurring between Sirius and the sun during the lion’s gate portal, but that does not mean these two celestial objects will be at the exact same point in the sky. The annual conjunction aspect between Sirius and the sun in the zodiac actually takes place in early July, during Cancer season, as Sirius is located at 14 degrees of Cancer.

What occurs in early August, however, is what’s known as the heliacal rising of Sirius — or the moment when a star first becomes visible over the eastern horizon just before the sun rises. This takes place just once a year, after a period of time during which a star’s visibility has been temporarily obscured by the light of the sun. Historically, the heliacal rising of Sirius is considered the most significant dawn rising of all the stars. It was an especially important part of the ancient Egyptian calendar, as it marked the start of their new year, and this facilitated many further astronomical and calendrical developments. While Aug. 8 is now celebrated as the peak date for harnessing the mystical energy of the so-called lion’s gate portal, the rising of Sirius does not necessarily take place on this exact day. Depending on one’s location, the date of this special astronomical event will differ — but in modern times, it generally occurs in early August.

So while fixed star Sirius is located in the sign of Cancer, its annual heliacal rising now takes place during Leo season — the sign symbolized by the cosmic lion — which appears to be part of how the lion’s gate portal got its name. “Astrologically, this [event] is called the lion's gate portal due to the sun being in the sign of Leo," Brown says. Leo zodiac energy is focused, flamboyant, and fiery, and it embodies the courage, pride, and regality of the lion. Leo season is also the single month of the year during which the sun is in its home sign of rulership, making it an especially powerful time to align with our passions and embrace authenticity. This leonine magic combined with the annual rising of Sirius charges the lion’s gate portal with loads of creative and confidence-enhancing solar power.

While the annual rising of Sirius can occur on various dates, depending on the year and one’s location, Aug. 8 became the date of today’s lion’s gate portal celebrations — and given the numerological power of 8/8, it makes sense. Eight is considered one of the luckiest numbers in numerology and often corresponds with wealth, success, and ambition. Visually, the number 8 looks like an infinity symbol turned upright, which represents unlimited potential. "8/8 is numerologically significant, since eight is the number of abundance and prosperity," Brown says. Being the eighth day of the eighth month of the year charges this date with the energy of success and good fortune, which can better enable us to set clear and effective intentions.

The significance of 8/8 blends astrology with numerology in a beautifully synergistic way. Sirius in astrology is associated with wealth, passion, honor, and even fame — while the sun is the planet of confidence, willpower, and self-expression. That said, the fact that Sirius rises while the sun is in its home sign of Leo around the time of Aug. 8 brings added significance. "Leo is a raging fire sign, and its energy can attract all it desires like a moth to a flame," Brown says. If you choose to work with the energy of the lion’s gate portal, you can use the strength of these success-attracting celestial bodies combined with the abundant numerological energy of 8/8 to set powerful intentions for yourself.

Aug. 8, aka the “Lion's Gate Portal” Is Perfect For Manifesting

8/8 is touted by some spiritual practitioners as one of the luckiest days of the year for manifesting, so if you choose to partake in the fun, it can be a fabulous time to set intentions and do an abundance ritual. "The lion's gate portal is an opening for high-frequency, high-vibrational energies — infused completely with Sirian energy — to flood down upon the Earth," Brown says. This can help us to "instantly manifest what we want," according to Brown. Here are a couple of ways to harness it: