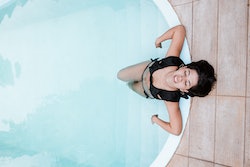 If your birthday falls between February and March, there’s a chance your zodiac sign is the dreamy and transcendental Pisces. The borderline psychic water sign relies on their gut feelings to navigate the world, so you can expect Pisces season 2022, which typically falls between Feb. 18 to Mar. 20, to encourage you to lean into your intuition and align with your spiritual self. Pisces marks the end of the zodiac cycle, and in the same way, Pisces season is about taking stock of what you’ve learned in the last year. The mutable sign also heralds an opportunity to connect with your emotions and face your shadow self, making Pisces season the perfect time to embrace and celebrate your sensitive side.

“Pisces season reminds us to get in touch with our feelings, our truest inner desires, the compassion, and empathy we feel for others and our utmost intuition,” Imani Quinn, an astrologer, tells Bustle. “Pisces know how to trust their gut and be in tune with the shifts of energy.”

As the final sign in the zodiac, Pisces is governed by the twelfth house, which represents the subconscious, intuition, and the supernatural. That’s why the starry-eyed water sign is recognized for sharp intuition and being a little disconnected from reality, but their sixth sense allows them to connect with the nonphysical realm.

If you notice that you’ve got your heads in the clouds more often than usual, it’s probably due to Pisces season. Take advantage by reserving time for quiet reflection and dreamwork. “During Pisces season, expect to dream big, feel big, and push your heart open to others even more than you thought was possible,” explains Quinn.

Keep reading for the meaning of Pisces season and how you can make the most of this dreamy energy.

When Does Pisces Season Start?

The dates for Pisces season can change because the season is calculated by the sun ingressing into the water sign. Pisces season 2022 starts on February 18.

When Does Pisces Season End?

How Pisces Season Affects You

A good way of understanding how Pisces season affects you is to look at the water sign’s ruling planets. In traditional astrology, Pisces is ruled by Jupiter, the planet of luck and abundance, so you can expect the water sign’s season to fill your cup with optimism. In modern astrology, Pisces is ruled by the dreamy and illusive planet, Neptune, which is basically your green light to throw practicality out the window — then stare out of it in classic daydreaming Pisces fashion. This season is a great time to shake free from restraints and remind yourself that it’s OK to romanticize your life.

“Pisces season is a time to dream big, be expansive, and out of this world! Let go of the need to be meticulous and allow yourself to create from an intuitive place,” says Quinn. As one of the creative signs in the zodiac, it’s also a great time to use art as an emotional outlet.

According to astrologer Lauren Ash, Pisces also denotes the end of winter as the collective revs up for the spring equinox, making this season focused on completion and release. “As the last sign of the zodiac wheel, Pisces season is a chance to reflect on the learnings that we acquired during the entire astrological year,” Ash tells Bustle. “The reflective and sentimental nature of Pisces will bring a lot of peace and clarity to the situations that have been causing us trouble over the last 11 months.”

The best way to spend Pisces season, according to Ash, is to hit send on your biggest and most unrealistic ambitions. “Neptune and Jupiter give Pisces season an almost otherworldly vibe when it comes to manifesting goals, forging new relationships, and stepping outside the box,” explains Ash. “This energy will be especially amplified when the Sun, Neptune, and Jupiter all link up in the sign of Pisces early in the month. This conjunction between Jupiter and Neptune in Pisces only happens once every 12.5 years — making it an especially rare energy,” Ash explains.

Despite Pisces hyping up your goals and dreams, it’s important to strike a happy medium between fantasy and reality. “Don’t go TOO overboard with your plans — Neptune is a planet of illusions AND dreams, meaning our judgment can get skewed if we’re not careful,” Ash advises. Deception and mirages are all too common during Pisces season. To combat it, try meditation and nature walks as ways to ground yourself if your imagination wanders too far from reality.

How Pisces Season Affects Your Friendships

Sensitive Pisces is the sign of emotional intuition, and the water signs are experts at stirring up nostalgia. It’s not uncommon to get a little more sentimental during Pisces season than you typically are. That’s what makes it a great time to show gratitude to your friends, especially if it involves reminiscing and going back to the root of your friendships.

“You may be feeling compelled to reach out to former friends and strengthen connections that you had previously put on the back burner,” explains Ash. “This is the perfect time of year for girls' nights, a trip to visit an old friend, and showing your friends how much they really mean to you.”

If you’re one of the less affectionate zodiac signs (looking at you, Aquarius), don’t let the emotional caliber of Pisces season freak you out. “For signs that are not prone to emotional processing, remember that you only have to hold space and listen. Pisces season invites us all to have compassionate and heartfelt conversations with those we love,” adds Quinn.

How Pisces Season Affects Your Relationships

Since Pisces is on the romantic side, you can expect to feel extra gushy when it comes to your relationships. Pisces season also invites you to be vulnerable in romance, so don’t hold back when faced with conversations about the future, dealbreakers, or defining what the relationship is. It’s worth noting that since Pisces is represented by the planet of illusions, you should avoid setting unrealistic standards for your partner or over-romanticizing your relationship.

“Pisces zodiac signs are always listening to their empathy and open-hearted nature; this means those of us in relationships may find it easier to talk to partners about our dreams or fears and our worries,” explains Ash.

If you’re feeling like the flame is losing its strength, it’s probably because of Pisces’ daydreaming tendencies. “Pisces is a bit of a lethargic sign that likes to take its time. You’ll likely feel that crazy passionate spark again when Aries swings back through,” explains Ash.

“This season can help us within our relationship dynamics by helping us with our vulnerability. What have you been holding back expressing to your loved one?” Quinn adds.

How Pisces Season Affects Your Career

As a sign ruled by expansive Jupiter in traditional astrology, Pisces season is a great time to take stock of your professional life and make adjustments where you don’t feel absolutely satisfied. Jupiter is all about growth and expansion, and if you’re not loving where your career is headed, Pisces season may be the time to set the record straight.

Thankfully, Ash advises that Pisces season 2022 has positive transits in store for the collective. “March 18, the day after the Virgo full moon, there will be a grand earth trine with the moon in Virgo, Pluto in Capricorn, and Mars in Taurus,” explains Ash. In astrology, trine aspects dictate an auspicious and harmonious relationship between these three planets. “This positively plays off of one another’s energy to open an energetic portal into making strategic money making moves in your career.” When it comes to your professional life, this is a great time to aim high, dream big, and manifest your ultimate career moves.

On the flip side, it’s not unusual to feel a little sluggish at work during Pisces season. Neptune is the daydreaming planet for a reason, so be sure to set your alarm clock. “Pisces season will have you sleeping in, exploring in dreamworld and forgetting to make it to work on time,” advises Quinn.