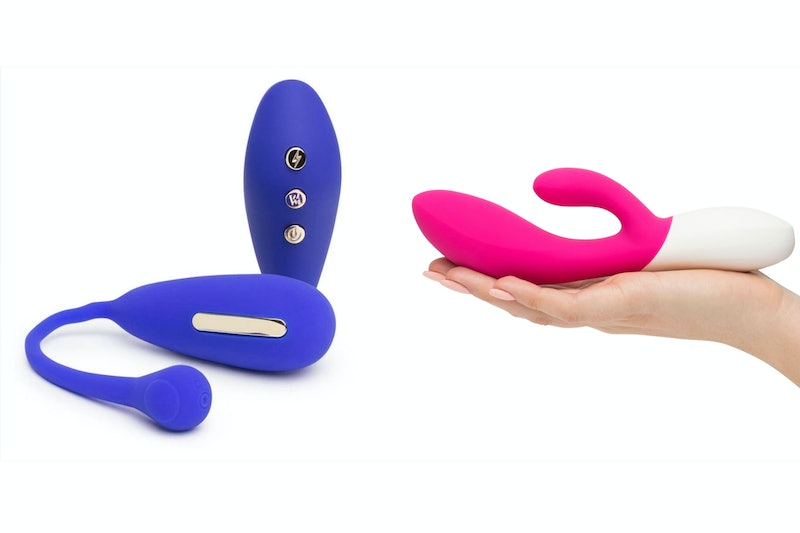 Let's get straight to the point: sex toys are awesome. Sex toys with five star reviews? Even better. Sex toys have become so mainstream and so part of our culture, that you can even buy them in drugstores. Imagine that; something that was once so taboo is now something you can pick up just an aisle away from the cough drops.

"There's this fear that sex toys are making people less into each other, that they're too mechanical etc, but they actually improve sex, make people want to be with each other, and can connect you over long distances," Claire Cavanah, co-founder of Babeland, tells Bustle. And isn't connection and desire what sex and sexuality is all about? I'd say that's a hard yes.

Although what gets people off varies from person to person, there are still some places where we tend to overlap when it comes to sex — we are all human after all. So if you're looking for a sex toy that's been approved by one of your fellow humans and been given the coveted five-star rating, then look no further. Here are 21 toys that are exactly that.