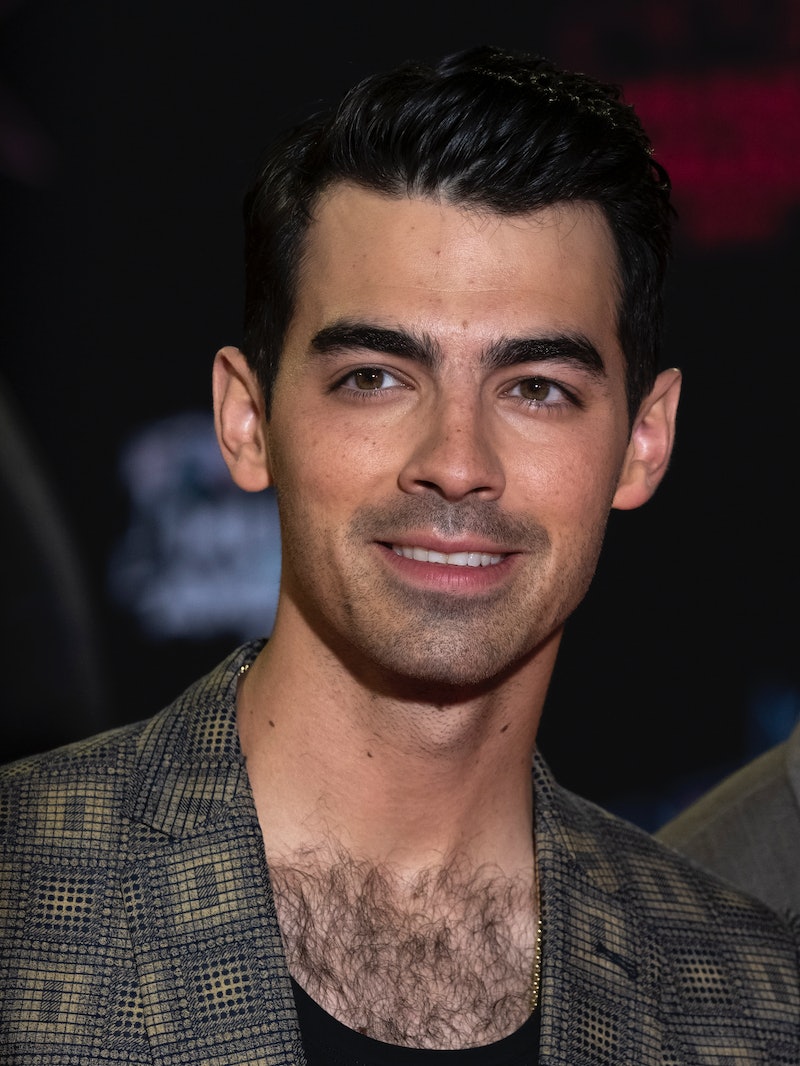 Though fall is just around the corner (20 days, to be exact), Joe Jonas’ purple nail art is evidence that the rocker is still very much in warm-weather mode. The very springtime-friendly pastel manicure made its debut on the musician-slash-actor and new dad’s Instagram Story on August 31.

This isn’t your average mani, though — rather than just rocking solid lavender polish on each nail, Jonas incorporated fun nail art into his look, rocking tiny gold and purple stars (so cute) and stark white polish for a reverse French manicure on his middle finger and a two-tone look on his index and pinky fingers. To achieve the look, he commissioned Shigeko Taylor, the LA-based nail artist who works with Kim Kardashian West, Uzo Aduba, Sandra Oh, Gal Gadot, and more celebs. (Oh, and she can also do an amazingly detailed Olympics-themed manicure, too.)

If you need a reminder, Jonas is no nail polish newbie: Back in 2015, post-breakup with Gigi Hadid, he was spotted wearing a cobalt blue shade on his tips (perhaps to match his icy blue strands). And more recently, in 2018, the “Devotion” star was snapped by the paps wearing black nail polish to match his wife Sophie Turner.

It appears that Jonas got a fresh mani to perform on August 28 in Wheatland, California for the recently reunited The Jonas Brothers’ “The Remember This Tour,” which is currently underway across the U.S. and features Kelsea Ballerini as a special guest. What’s not clear is if brothers Nick and Kevin also donned eclectic nail art, though these signs point to no.

In any case, Jonas can rest assured that he’s not alone in his love for a fun manicure, with celebs like Machine Gun Kelly, Harry Styles, Lil Yachty, and more also getting in on the mani action.

More like this
The 2022 Emmys' Top Nail Trends
By Olivia Rose Ferreiro
Jennifer Lopez's ‘90s Updo Hairstyle Takes Me Back To Middle School
By Olivia Rose Ferreiro
Early 2000s-Era Rhinestone Tattoos Are Back, Baby
By Jordan Murray
The 10 Best Emmys 2022 Makeup Looks
By Paris Giles
Get Even More From Bustle — Sign Up For The Newsletter