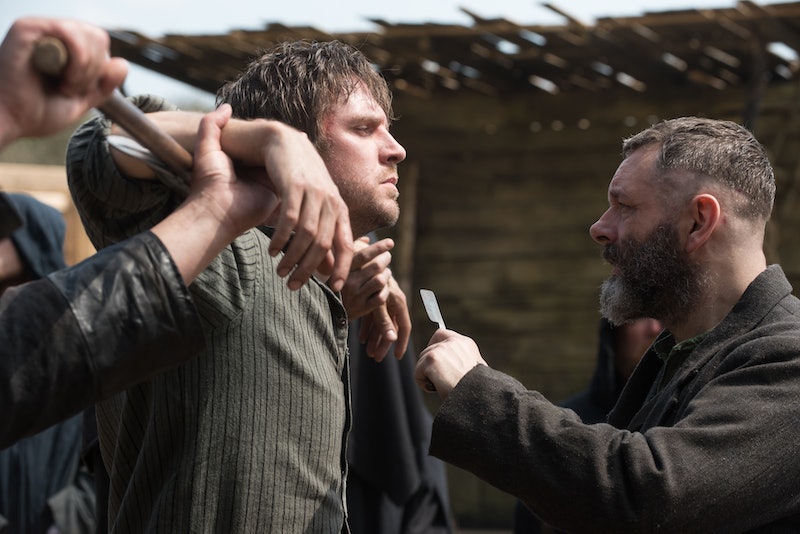 With so many movies streaming, it can be overwhelming to try and figure out what to watch. Even if you narrow it down to just horror films, you can waste so much time scrolling through a streaming service’s expansive library to try and find the perfect fright flick to fit your mood, since you still have to wade through options for slashers, psychological thrillers, paranormal investigations, and the like. That’s why it’s best to be specific in your inquiry, and if you’re reading this right now then you already know what you want: an unsettling folk horror film that will nest in the marrow of your bones. In short, you want more movies like Midsommar that are guaranteed to scare.

Midsommar stars Florence Pugh as a young woman who accompanies her boyfriend and his friends to a remote Swedish commune. Once there, her relationship falls apart and, oh yeah, she also realizes the people she’s staying with commit human sacrifices. The film is decidedly part of the folk horror sub-genre, which often deals with paganism, folklore, and the occult. But there are also some films outside that specific horror subset that will scratch that Midsommar itch, whether that’s because of their eerie tone, stirring themes, or depiction of humans as equally monstrous as any supernatural force. Here are 11 movies like Midsommar to rent or stream now.

The Wicker Man is often the first movie Midsommar is compared to, in large part because it’s the most well-known and influential folk horror film. The movie is about a Christian police sergeant who is sent to a remote area to look for a missing girl. And when he's there, he witnesses pagan rituals with a very sinister endgame.

Stream it on Amazon Prime Video.

Mia Farrow stars as Rosemary, a young pregnant woman who becomes convinced that a Satanic cult wants to use her baby for one of their rituals. As Rosemary struggles to navigate this terrifying and suffocating circumstance, in which she suspects her neighbors and husband of conspiring against her, it’s very reminiscent of what Dani went through in Midsommar. —Sadie Gennis

2018's Hereditary is the first feature film from Midsommar director Ari Aster. The film chronicles a family haunted by a menacing presence after the death of their enigmatic. While Hereditary doesn’t have the folk horror elements (its scares are of the supernatural variety), the film is similarly haunting in how it portrays grief and mental health.

Rent it on Amazon Prime Video or YouTube for $3.99.

Like Midsommar, The Village is about a community that lives isolated from the rest of society and has peculiar beliefs. And like any other M. Night Shyamalan movie, it hinges on a big twist. Saying anything more would risk ruining the experience, so we’ll just have to leave it at that.

Rent it on Amazon Prime Video or YouTube for $3.99.

This Netflix Original movie is similar to Midsommar in that it's about friends on a trip to Sweden who encounter a cult. However, while Midsommar was the world’s most bloodcurdling break-up movie, The Ritual is interested in the disintegrations of friendships.

Apostle is another Netflix Original, this time about a man attempting to rescue his sister from a religious cult on a remote island. Set in the early 1900s, Apostle is a slow-burn period piece that doesn’t shy away from gory violence.

The Witch is about a 1600s Puritan family that comes into contact with a witch after she steals their infant son. If you loved what Florence Pugh did in Midsommar, you won’t want to miss Anya Taylor-Joy’s performance in The Witch.

More witches! Everyone who was alive in 1999 when The Blair Witch Project came out has seen the shaky handheld camera footage. But if you forgot, the movie is about a group of students who go into the woods to make a documentary about a local legend but discover more than they bargained for.

Stream it on Netflix. Rent it on YouTube or Amazon Prime Video for $3.99.

A man and his new girlfriend attend a dinner party at his ex-wife's house. As if that wasn’t going to be uncomfortable enough, upon arrival it becomes quickly obvious that this dinner party isn’t quite what it seems...

This 1984 movie is based on a Stephen King short story in which all the children in a town are instructed by a sinister presence to murder the adults for the good of the harvest. It will make sure you never look at cornfields or roving bands of children the same again.

If you loved the humor of Midsommar, then you’ll want to check it The Cabin in the Woods. The tongue-in-cheek horror movie finds a group of friends staying in a secluded cabin only to learn that they’re actually part of a deadly ritual. —Sadie Gennis