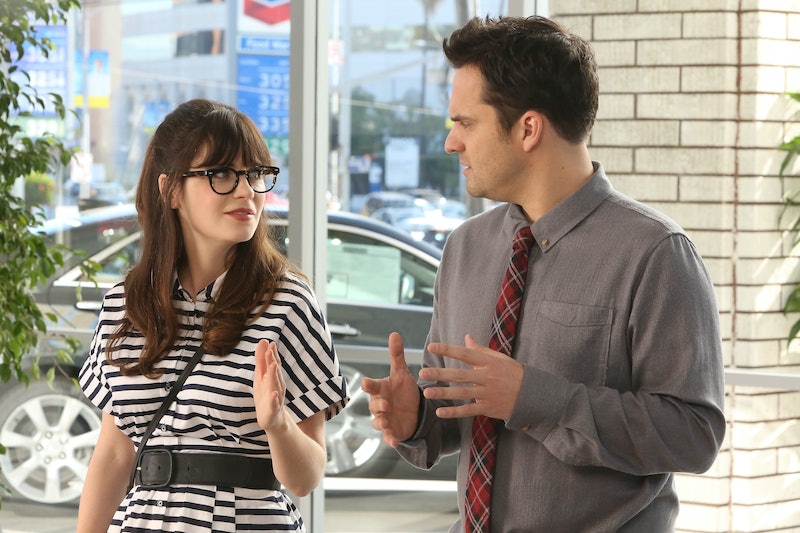 With busy lives and fast-paced jobs, it can be hard to just sit down and consume a lot of intense media. The reality is that you might just be too tired after seeing friends or working a long shift to come home, plop down, and turn your undivided attention to a seasons-long prestige drama (even if it’s a top-rated show). Thankfully, there are some great shows and movies on Netflix to watch in the background while your focus is on other things, and they're going to be your best companions whenever you need to multitask.

Now, this doesn't mean any of the TV shows or movies on this list are bad; in fact, it's the opposite. These pieces of pop culture are so good that odds are you've already seen them before, making them perfect candidates to watch all over again when you need to zone out a bit. Even if you haven’t seen them before, they’re light and breezy enough that they won’t distract you from other things. They're the ideal kind of entertainment to play while you're working from home, cooking dinner, catching up with a friend, or getting some other housework done, and you won't have to feel guilty about missing out on intense twists and turns.

This delightful show follows a motley crew of roommates as they try and navigate life in their early 30s. It is quick (nothing better than a 22 minute episode), funny, and overflowing with Nick Miller’s schlubby charm. This show is ideal to throw on while you are doing some low-lift work or hanging out with your own quirky roommates. There are tons of episodes, so you can start anywhere and still enjoy yourself. You’ll be surprised at how often you laugh out loud.

The Bend and Snap took the world by storm when this film first came out in 2001. Twenty years later, it’s still a joy to watch Reese Witherspoon’s animated portrayal of Elle Woods, beauty queen turned whip-smart Harvard law student, in Legally Blonde. Elle’s journey through law school is filled with hurdles, triumphs, and of course, lots of pink. If you need some gentle motivation to study or want something fun playing quietly in the background, let Elle be your trusted companion.

3. Homecoming: A Film By Beyonce

This Coachella performance is quite frankly a work of art. No surprise there when Beyoncé had a hand in every last detail, costume piece, and drum roll that happened on this stage. The Grammy-award winning Homecoming is a perfect film to put on while you are cleaning your house or checking boring tasks off your to-do list. It will give you a much-needed excuse to dance around with reckless abandon because we all know that early Destiny’s Child is salve for the soul.

4. To All the Boys I’ve Loved Before

Lara Jean and Peter Kavinsky have officially joined the pantheon of cutest highschool lovebirds of all time and how could they not when To All The Boys I've Loved Before is just so good. Odds are, if you're like the rest of the internet, you've seen this feel good gem a minimum of five or so times already, and so it makes for the perfect "getting ready" movie. Put it on in the background and gush over it while you're painting your nails, hanging out with friends or getting glammed up before a night out on the town.

This is such a feel-good show. It follows twins Tia and Tamera, who were separated at birth and reunited by chance after a run in at the mall. Their parents agree to move in together so they can be close and watching them get to know each other is extremely wholesome. Tia is super smart, Tamera is obsessed with boys, and together they are unstoppable. Definitely tune in to the grocery-workers strike episode that gave us the iconic line: “This is a pro-union household, Terrance.”

6. What a Girl Wants

Shopping montages? Cute British love interest? And some iconic ‘00s fashion? Amanda Bynes shines as Daphne in What a Girl Wants. The film follows Daphne as she travels to London to meet her estranged father, who she finds out is not just part of the British Upper Class but running for an esteemed political office. Many shenanigans happen along the way, and she meets the adorable Ian (Oliver James), who is there for her when she discovers she may not be cut out for British high society.

On cozy days in, there is truly nothing like putting on a Gilmore Girls marathon to brighten your spirits. Lorelei and Rory are the perfect companions: Both are funny, kind-hearted and always getting into some kind of romantic trouble (Jess is still ruining lives). This show is an early-2000s staple overflowing with tender mother daughter bonding. The stakes are low, the references are great, and the feeling it gives you would sway anyone to ponder: Should I be living out my days in a quaint New England town?

8. Scott Pilgrim vs. the World

If you are looking for something both visually striking and funny, Scott Pilgrim vs. the World is a perfect pick. Rest assured that this 00’s gem is for more than just comic book fans. It pokes fun at itself, and because the colorful visuals are some of the best parts, it's still a good movie to have on during a lazy Saturday. Plus, you get to see a young Micheal Cera navigate love with a bunch of cool girls who are way out of his league.

This is a John Hughes classic. Ferris Bueller’s Day Off follows teen dream Ferris Bueller after he takes the day off school to have an extravagant adventure through the streets of Chicago with his two best friends. Let this movie take you on a journey from the impressionist wing of the Art Institute of Chicago to a crowded Cubs game and so much more. There is a very good chance you have seen this ‘80s hit many times, which makes it ideal to throw on anytime you want a laugh.

The natural world is full of wonders, but have you ever seen what happens when night falls? This show has all the gorgeous landscapes of Planet Earth but is entirely focused on the hidden lives of creatures after the sun goes down, from creepy eels to gentle elephants in the midst of migration. Night on Earth is ideal as you are winding down for the evening, applying your face creams, and tucking into bed. Put this on, keep the volume low, and let nature’s wonders lull you to sleep.

Yes, the premise is ridiculous. Yes, the fashion is over the top, and yes, the plot has some questionable moments. But Emily in Paris is not a show meant for scholarly analysis, it is a show meant to be enjoyed mindlessly. It follows marketing mogul Emily, played by Lily Collins, after she moves to Paris to provide a French marketing firm her invaluable “American perspective.” Along the way, she becomes an influencer, makes some friends, sleeps with her hot chef neighbor and Instagrams all about her Parisian adventure.

If you are spending the day cooking up a storm, what better companions than the wonderful contestants of The Great British Baking Show? This show is an absolute delight. Unlike the intensity of other cooking competitions, TGBBS is slow, serene, and filled with some of the kindest people out there. The contestants are always helping each other and doling out practical baking advice.

This super-popular animated series follows Aang after he finds out he is the Avatar. His closest companions Katara and Sokka accompany him on his journey to defeating the Fire Nation, which is filled with peril just as much as humor and friendship. The show is visually beautiful, though you might get sucked into the intricate world of air benders and long lost kingdoms.

More like this
What’s New On Netflix: A Victoria Justice Rom-Com & The Return Of David Letterman
By Arya Roshanian
'Doctor Who’s New Star Is Already Huge On TikTok
By Maxine Harrison
What’s New On Netflix: 'Stranger Things' & 'Somebody Feed Phil' Return
By Arya Roshanian
A 'Bridgerton' Star Just Dropped A Major Hint About Joining The Live-Action Barbie Cast
By Bustle UK
Get Even More From Bustle — Sign Up For The Newsletter

This article was originally published on Oct. 2, 2018