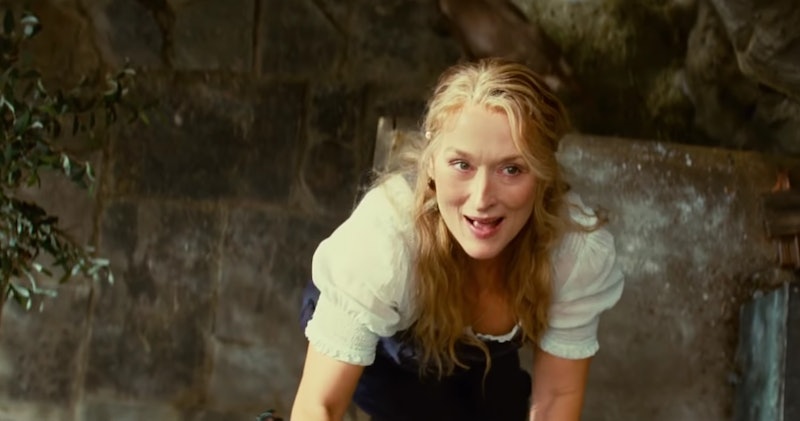 With busy lives and fast-paced jobs, it can be hard to just sit down and consume any type of intense media. Falling behind on the latest shows and movies can be a bummer, but the reality is that you might just be too tired after work and life in general to come home, plop down, and watch that one thing while doing nothing else. And when it comes to really complicated movies and TV shows, paying attention can be extra hard. Thankfully, there are some great shows and movies on Netfliix to watch in the background while your focus is on other things, and they're going to be your best companions while you need to multitask.

Now, this doesn't mean any of the TV shows or movies on this list are bad; in fact, it's the opposite, as these pieces of pop culture are so good that odds are you've already seen them before, therefore making them perfect candidates to watch all over again when you need to zone out a bit. They're the ideal kind of entertainment to play while you're working from home, cooking dinner, or getting some other stuff done, and you won't have to feel guilty about missing out on some convoluted plotline or story development.

Parks and Recreation is lovable, smart, and hilarious. The storylines aren't confusing, and with seven seasons available to stream on Netflix, you'll have many hours of content for when you're sick, working from home, or folding laundry.

2. To All The Boys I've Loved Before

Seemingly the biggest Netflix hit to come out in ages is a witty teen rom-com by the name of To All The Boys I've Loved Before. Odds are, if you're like the rest of the internet, you've seen this a minimum of five or so times already, and so it makes for the perfect "getting ready" movie. Put it on in the background and gush over it while you're applying foundation and hanging out with friends.

Much like with Parks and Recreation, The Office is comedy show goals. It's so beloved, that it's great to have on a stress-reliever as you work from home on a particularly hard project.

With a hit sequel this summer that basically made the whole internet burst with happiness, Mamma Mia! is full of fun and ABBA songs. The movie is basically a medley of the band's greatest hits, so it's sure not to distract too much. And if it does, who cares? It's ABBA (and Meryl Streep)!

5. Scott Pilgrim Vs. The World

This '00s movie just came out on Netflix, and it's beyond exciting for fans. It pokes fun at itself and has a lot of nuanced jokes, and while the visuals are some of its best parts, it's still a good movie to have on during a lazy Saturday.

This Australian comedy follows regular girls who become mermaids on accident. The beautiful Australian backdrop is great to look at, and the magical elements are a lot of fun, and it's something light to have on while you're online shopping or cleaning the house. It'll also take you back to when you were a little kid, wondering what it would be like to turn into a finned creature at the drop of a hat.

Considering that the musical this was based off of doesn't require much talking or a lot of props and backgrounds, this is a great movie to put on when you can't see the screen. Even though the film is great, and Anna Kendrick and Jeremy Jordan's performances are superb, it can be a great option for watching while doing tasks like sewing, reading, working from home, or babysitting a particularly rambunctious child or animal.

Friends is another show that you've probably seen at least once (realistically more) and so having this on in the background is a great call, because you don't need to watch the screen to know what's going on. But don't play this for too long, because you might get sucked in, and if you're working on something or trying to get chores done, you will surely get distracted.

A hilarious live-action telling of a beloved childhood cartoon, Scooby-Doo has great dialogue, a really good soundtrack, and a stellar cast. Whether you've seen it a million times or not, the movie about the wacky antics of the Scooby Gang is great to have one while getting ready or working out.

Sydney White tells the story of Snow White, but in a modern setting on a college campus. The royal kingdom is Greek life and the "outcasts" Sydney ends up living with and befriending are the seven dwarfs. There's a "prince" and of course, an evil queen. Since you already know the whole story, this funny rendition is perfect for when your focus needs to be elsewhere. Also, the way Amanda Bynes delivers lines is sharp enough that it's easy to listen to even when you're not looking.

One of the best reasons to choose this movie when your attention is divided is that it repeats itself again. And again. And again (on repeat). Even if this is your first viewing, you'll enjoy it in the background of whatever you're doing. It has a sweet ending and plenty of laughs along the way.

Of course, these are all great shows and movies. So while they're good for keeping on while you zone out or stay busy, they're all fabulous to focus on, as well. But that's what second (and third) viewings are for.