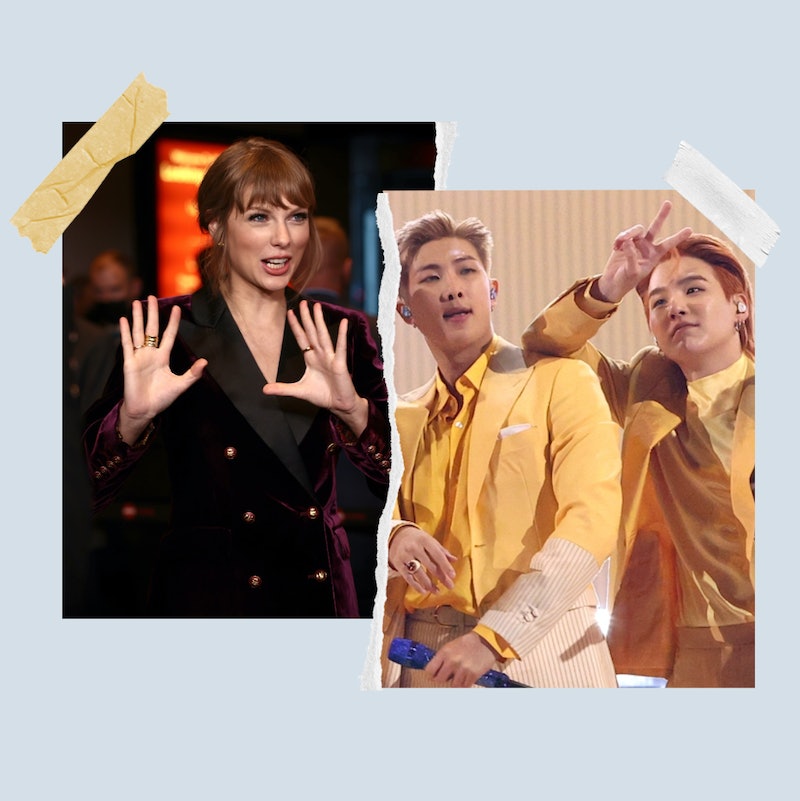 Eligibility for the 2022 Grammys ended on Sept. 30, 2021 — meaning that major singles and albums from Adele and other artists that were released in October and November will not be nominated until the following year. Still, it’s easy to predict many of the artists who will dominate the award ceremony that airs on Jan. 31, 2022. Who will be the most-nominated artists? What albums will compete for what many still consider to be the biggest honor in the music industry?

The Recording Academy will unveil the full list of nominees on Nov. 23, so here are our last-minute predictions for who will fill the nominations list. Below are seven musicians who are bound to not just be nominated, but also potentially end Grammy night with an armful of gold.

Of all the musicians who are looking at having a huge night at the Grammys in 2022, there is one name that will almost surely rule: Olivia Rodrigo. The teen singer-songwriter became a global sensation the moment she released her first single “drivers license,” and her debut album Sour didn’t just become a bestseller, it produced a number of year-defining smashes.

Rodrigo is all but guaranteed to win Best New Artist, and she will likely be nominated in the other three “big four categories” — Album of the Year, Record of the Year, and Song of the Year — and she has a real shot at winning some, if not all of them. If she does sweep the top fields, she’ll become just the third artist to do so in a single night (Billie Eilish accomplished this two years ago).

Speaking of Eilish, the seven-time Grammy winner will still be a teenager when the nominations are announced in November, and she’s bound to collect quite a few nods once again. Her sophomore full-length Happier Than Ever will likely be up for Album of the Year, a category she won with her debut project When We All Fall Asleep, Where Do We Go?

Depending on what single she selected to submit, she could easily be in the running for Song of the Year (“Therefore I Am,” “Your Power,” or “Happier Than Ever”) again, and she might have a shot at becoming just the second musician to win a third Record of the Year trophy.

Already a two-time Grammy winner, Lil Nas X has been nominated in all of the four major categories once before, but he didn’t claim any wins. He’ll have another shot in 2022.

His debut album Montero will likely be up for Album of the Year, while the title track “Montero (Call Me By Your Name)” could end up winning Record of the Year, something he didn’t earn with the historic “Old Town Road.” The visual that accompanied that tune could also grant him his second prize in the Best Music Video category, and his other songs might compete in various pop and rap fields, depending on where he submitted them.

The biggest band to emerge from South Korea made history last year when they earned their first Grammy nomination (Best Pop Duo/Group Performance for “Dynamite”). While they didn’t win, they potentially stand an even better chance this time around at not just taking home a piece of gold, but also collecting more than a single nod.

Their song “Butter” is a good choice for Best Pop Duo/Group Performance, and it was so massive, it might also be included in Record of the Year, which would be a huge moment for the band, their followers, and the music industry.

Last year’s winner for Album of the Year (her historic third time claiming the prize), Taylor Swift will absolutely be up for the honor once again.

While folklore was eligible for the 2021 Grammys, sister surprise project evermore will be considered this time around, and it’s bound to earn a nomination for Album of the Year. Lead single “Willow” could finally grant the powerhouse her first Song of the Year Grammy, which she’s been nominated for many times before since 2009 for “Cardigan,” “Lover,” “Blank Space,” “Shake It Off,” and “You Belong With Me.” She could even earn her first nods in the rock categories thanks to her work with band Big Red Machine, with whom she released the single “Renegades.” Swift has chosen not to submit her re-recorded album Fearless (Taylor’s Version) or the songs featured on it in the country categories, which she may have rule if she had submitted.

It was only recently that the Recording Academy began taking Ariana Grande seriously as an artist, and her last full-length (thank u, next) saw her finally end up a nominee for Album of the Year and Record of the Year.

Grande’s most recent release Positions will likely compete for Album of the Year, and its lead single and title track (“Positions”) could be named a Record of the Year contender, though it’s possible it may be too far removed for voters to remember it when it comes time to pick nominees. Expect her name to be plastered all over the pop field though, as her songs with artists like Doja Cat (“34+35” with Megan Thee Stallion) and The Weeknd (“Save Your Tears”) are also eligible.

Megan Thee Stallion is the current owner of the Best New Artist Grammy, she’ll definitely be back for more love from the Recording Academy.

Her set Good News is eligible for Album of the Year, and songs like “Body,” “Thot Sh*t” and even her remix of BTS’s “Butter” could also end up nominees in genre-specific verticals as well. She might appear once again in the Record of the Year slot, and she is already a strong contender in a number of rap-specific fields.