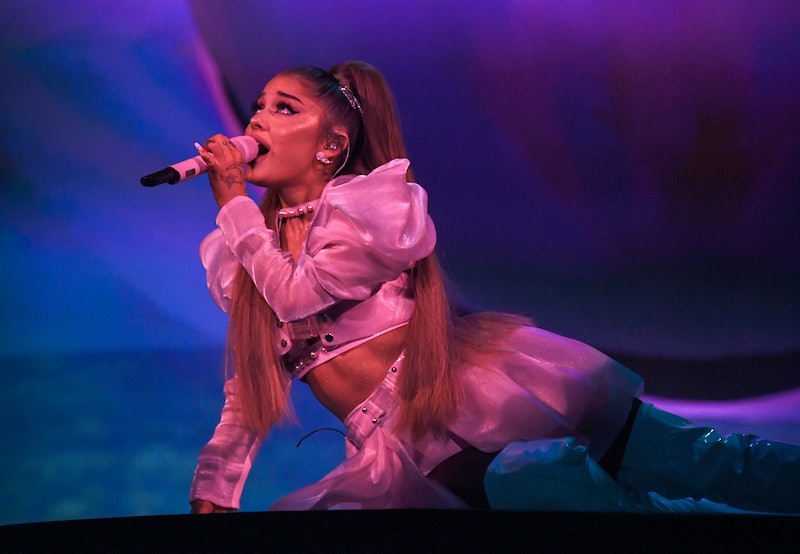 There’s no experience quite like a concert. Whether it’s in a bar, club, arena, or stadium, nothing compares to the thrill of a crowd’s collective excitement when the lights go down in anticipation of the main act’s entrance. Unfortunately, concerts as we know them have been on pause for the last fourteen months since the onset of the COVID-19 pandemic — unless you were seeing controversial country singer Chase Rice or EDM bros The Chainsmokers under less-than-safe circumstances. The rest of us music fans have been living vicariously through televised live performances on late-night shows and the various concert films Netflix has released over the last year, from Ariana Grande: Excuse Me, I Love You to the forthcoming Sam Smith: Love Goes - Live At Abbey Road Studios, out May 22.

Now that vaccines are widely available and summer is around the corner, however, it seems in-person concerts are about to return in full force, as a slew of music festival lineups have been announced and Live Nation currently has twice the amount of shows booked for 2022 than it did in 2019. But in the meantime, stream these seven concert films on Netflix right now to fill the void.

1. Homecoming: A Film By Beyoncé

Released in 2019, this film chronicles Beyoncé’s world-stopping headlining 2018 Coachella set that paid tribute to historically Black colleges and universities and featured guest appearances from Jay-Z as well as Destiny’s Child members Kelly Rowland and Michelle Williams. The impeccably-edited, Grammy Award-winning film offers at-home viewers a front-row seat to the action, giving you the full Coachella experience — minus the heat and sandstorms.

Released alongside his Netflix documentary film Shawn Mendes: In Wonder, this concert special was recorded at the hometown show of Mendes’ Shawn Mendes: The Tour in Toronto, Canada. Fans of the musician will love watching him perform hit songs like “Stitches,” “There’s Nothing Holdin’ Me Back,” and “In My Blood,” while the film will provide casual listeners some insight on just how captivated Mendes’ fans are by him. Warning: the screams are loud.

3. Ariana Grande: Excuse Me, I Love You

Titled after a lyric from her song “R.E.M.,” Excuse Me, I Love You shows Ariana Grande on her Sweetener World Tour, which features tracks from her albums Sweetener and Thank U, Next, which were released just six months apart. That being said, the concert includes a stacked setlist of hits including “Thank U, Next,” “7 Rings,” “No Tears Left To Cry,” and older favorites like “Break Free,” “Love Me Harder,” and “Tattooed Heart.” Oh, and there’s ponytails galore.

While the album’s singles received mixed reviews from the general public, Taylor Swift’s high-concept Reputation tour went on to become the highest-grossing tour of her career to date. Featuring giant snakes, choreography, several costume changes, a career-spanning setlist, and additional appearances from tour openers Charli XCX and Camila Cabello to perform “Shake It Off,” this Netflix film will make you feel like you were literally in the crowd. (It’ll also make you regret not buying tickets.)

It’s not an understatement to say that everyone loves Dolly Parton — especially since she helped fund Moderna’s COVID-19 vaccine last year. In 2019, she was honored with the Recording Academy’s charity division MusiCares’ award for Person of the Year. To celebrate, Parton, her goddaughter Miley Cyrus, as well as Kacey Musgraves, Katy Perry, and Willie Nelson performed the beloved country singer’s classic hits, including “Islands in the Stream,” “Here You Come Again,” “I Will Always Love You,” and “Coat of Many Colors.” Lucky for those unable to attend the Radio City Music Hall event, it was filmed for this Netflix concert special.

6. Barbra: The Music, The Mem’ries, The Magic

It’s not every day that you get to watch a living legend perform. Barbra: The Music, The Mem’ries, The Magic!, recorded in Miami on Streisand’s 2016 tour of the same name, features the EGOT winner performing classic songs from her own albums as well as the musicals Yentl, Funny Girl, and the 1976 version of A Star Is Born. Considering it’s available on Netflix, this is likely your only chance to see the performer without forking over a few hundred bucks.

After the 2019 release of his debut album Sing to Me Instead, performer Ben Platt embarked on a concert tour of thirteen dates across North America — his first set of solo performances outside of his Broadway roles. The Radio City Music Hall set features tracks from his album as well as stories from Platt’s life about how he got to where he is today as an actor and musician. It’s the perfect time to watch and learn more about Platt before he stars in the film version of Dear Evan Hansen, which hits theaters in September.