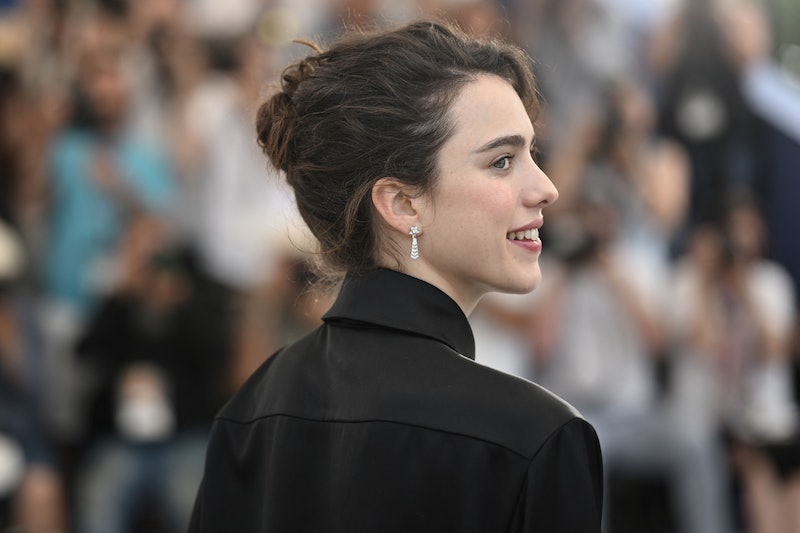 Being the offspring of Andie MacDowell is hardly Margaret Qualley’s only claim to fame. The actor has been making her mark with roles in Quentin Tarantino’s Once Upon a Time... In Hollywood, the FX drama Fosse/Verdon, and the Netflix miniseries Maid. She’s even been nominated for an Emmy, and just had a film, Stars at Noon, premiere at Cannes. Amid it all, Qualley has still found time to date and reportedly get engaged, which she also seemingly confirmed on Instagram on May 31. In a post captioned, “Oh I love him!” Qualley showed off an engagement ring-adorned finger, wrapped around Grammy winner Jack Antonoff, a frequent Taylor Swift collaborator.

Rumors first circulated that Qualley was dating The Bleachers and Fun musician in 2021, and the speculation appeared to be confirmed that August, when they were spotted making out and canoodling all over New York City. It would be a few more months before the pair made an official public appearance.

Who Did Margaret & Jack Date Before?

Antonoff, a celebrated producer, previously had a five-year relationship with Lena Dunham and a childhood romance with Scarlett Johansson.

Antonoff isn’t Qualley’s only high-profile partner either. Long before being linked to Antonoff, Qualley dated actor Nat Wolff. In fact, she scored her first small film role when she visited him on the set of 2013’s Palo Alto, according to Vs. Magazine. They broke up sometime afterward, but she reunited with The Fault in Our Stars actor for 2017’s Death Note. That same year, she was briefly linked to Emmy-winning director Cary Fukunaga, but neither party confirmed a relationship.

Qualley also briefly dated another actor. In August 2019, Us Weekly reported that she and Pete Davidson had been an item for “a couple of months.” The Saturday Night Live star accompanied Qualley to Venice to promote her film Seberg and even earned her mom’s approval; MacDowell told People the two had a “beautiful relationship.” Alas, like Davidson’s other dalliances, the romance didn’t last long, and the two broke up shortly thereafter in October.

In 2020, Qualley started hanging out with model Cara Delevigne. After the two started posting cutesy photos of each other on their social media accounts, inquisitive minds questioned if they were more than friends. A July 2020 hangout in California, in particular, fed the dating rumor mill, as the two were photographed kissing with face masks. Neither commented.

Also causing a stir that year was Qualley involvement with actor Shia LaBeouf. The two got intimate (read: naked) for Qualley’s sister Rainey’s “Love Me Like You Hate Me” music video in October 2020. By Dec. 21, the two were photographed making out. At the time, LaBeouf’s ex-girlfriend FKA twigs had already filed a lawsuit against the Transformers actor for the “relentless abuse” she said she suffered during their relationship, allegedly including sexual battery, assault, and infliction of emotional distress. Twigs would later describe the experience as feeling “boiled to death.”

LaBeouf said in a statement to The New York Times that “many” of the allegations were “not true” but also acknowledged some problematic behaviors. “I have been abusive to myself and everyone around me for years,” he wrote. “I have a history of hurting the people closest to me.” The shocking revelation reportedly had Qualley’s parents on alert, and according to a source quoted by Us Weekly on Dec. 30, MacDowell was “keeping an extremely close watch on the situation.” By Jan. 7, 2021, LaBeouf and Qualley had split.

In February, Qualley publicly voiced her support for twigs when she reposted the singer’s Elle cover sharing more harrowing details about her time with LaBeouf. Qualley captioned her Instagram post, “Thank you.”

More like this
Paris Hilton & Carter Reum’s Relationship Timeline Includes A Surprise Baby Boy
By Bustle Editors
Ashton Kutcher Wants Danny Masterson “To Be Found Innocent” In Rape Retrial
By Jake Viswanath
'Wednesday' Star Emma Myers Thinks A Wenclair Storyline Is “Possible” In Season 2
By Alyssa Lapid
Here’s Everything Coming To & Leaving Netflix In February
By Jake Viswanath
Get Even More From Bustle — Sign Up For The Newsletter
From hair trends to relationship advice, our daily newsletter has everything you need to sound like a person who’s on TikTok, even if you aren’t.

This article was originally published on Oct. 1, 2021