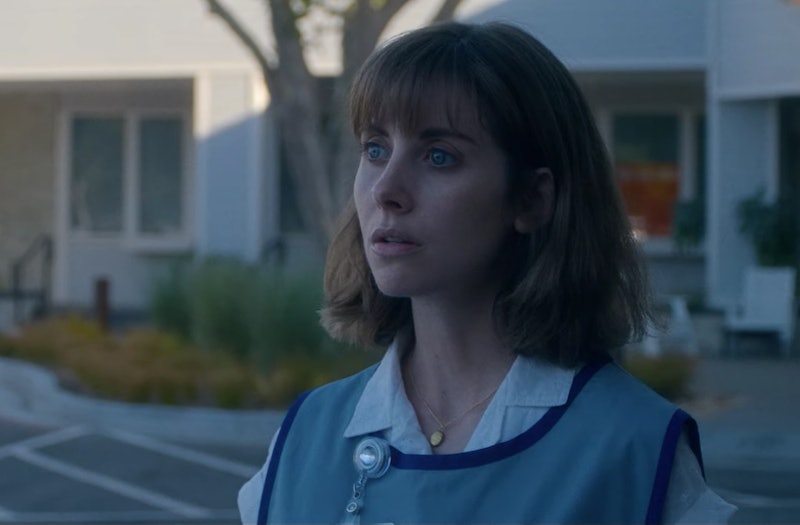 It's a fact of life: Sometimes things can get so overwhelming that the only thing to do is to curl up on the couch and put on a tearjerker. A good cry can be extremely therapeutic — and leave you feeling much better. Luckily, there are plenty of sad movies on Netflix that will have you reaching for the tissues.

Everyone has their go-to movies for when they’re down, but finding something novel or unexpected can also help stir up new emotions. Either way, there are plenty of films that will help you feel some type of way — including the 23 great options listed here.

Many of the movies recommended below are classic tragedies, while others are lesser-known. Some, like The Pianist or Loving, draw on real historical events, while others, like Holding the Man or Marriage Story, center on interpersonal relationships, and still more, like Okja, take audiences to heightened realities. Regardless of how they get there, though, all of these films will have you sobbing by the end.

Below, 23 sad movies on Netflix to watch when you need to shed a few tears.

As the title suggests, Loving is, above all, a love story. Based on the true story of the 1967 Supreme Court Case Loving v. Virginia, which overruled states’ bans on interracial marriage, the film is quiet and understated, but no less powerful. Ruth Negga and Joel Edgerton star as Mildred and Richard Loving, and both the actors and the film earned multiple accolades, including a Best Actress nomination for Negga at the 89th Academy Awards.

Remember when Adrian Brody kissed Halle Berry at the Oscars? That was when Brody won Best Actor for his performance in The Pianist. The actor took home the award for playing Władysław Szpilman, a real-life Polish-Jewish musician who escaped death during the Holocaust by going into hiding. Director Roman Polanski — despite longstanding statutory rape allegations — also received the Best Director trophy at the Academy Awards.

What’s Eating Gilbert Grape deserves its status as a ’90s cult classic. Starring early-career Johnny Depp and Leonardo DiCaprio, the film tackles poverty and disability politics in rural America. In addition to Depp and DiCaprio, the movie features Darlene Cates (as matriarch Bonnie Grape), who had no prior acting experience. Apparently, screenwriter Peter Hedges found her after seeing an episode of the talk show Sally that chronicled Cates’ anxiety and inability to leave the house.

Remember Me is one of those movies that tugs at the heartstrings, especially during that ending. The movie was popular for millennial teens and tweens upon its release, probably because it stars Robert Pattinson (Fun fact: Meghan Markle had a tiny role in the film as a bartender, also named Megan.). Remember Me is a tender coming-of-age film, with a tone akin to a Nicholas Sparks adaptation — think The Notebook or A Walk to Remember.

The Lovely Bones is nearly as beloved as its source material, Alice Sebold’s beloved novel of the same name. It centers on 14-year-old Susie Salmon, who — after being assaulted and murdered by a neighbor — becomes stuck in a bardo-like limbo between Heaven and Earth, looking over her family and friends as she attempts to make peace with her fate. Plus, the film stars Saoirse Ronan and Stanley Tucci. What’s not to like?

Marriage Story is, you guessed it, about a marriage — specifically one that’s falling apart at the seams. This family drama is loosely based on director Noah Baumbach’s own marriage to Jennifer Jason Leigh that ended in 2013. The entire film has melancholy undertones, but it’s scene where Adam Driver impulsively sings “Being Alive” at a bar that’ll bring the most tears to your eyes. (Though Marriage Story also features comedic bits throughout, thanks to Laura Dern’s Academy Award-winning role.)

Roma earned near-universal acclaim when upon its release in 2018, thanks to its hyper-realistic and, at times, devastating portrayal of Indigenous woman working as a maid for a middle-class family in Mexico City. It’s become one of the highest-rated films of all time, with the New York Times calling director Alfonso Cuarón’s film “an expansive, emotional portrait of life buffeted by violent forces, and a masterpiece.”

Don’t let the title or the comedian-filled cast fool you. Horse Girl is as gripping and thrilling as it is sad. Equal parts science fiction and psychological drama, the films stars Alison Brie as Sarah, a timid shop girl who loves horses. When she begins experiencing disturbing visions of alien abductions, viewers are left to wonder if these experiences are real or the result of her psychosis. Horse Girl is ultimately a story of how the American healthcare system fails those with mental illness.

I Am Sam is a textbook tearjerker. Sean Penn stars as the titular Sam, a coffee shop worker with an intellectual disability who loses custody of his daughter (played by Dakota Fanning). I Am Sam wasn’t an overwhelming success with critics, nor has it aged particularly well, but it definitely pulls at the heartstrings.

World Trade Center is based on the experience of a victim of the September 11 attacks. John McLoughlin, played by Nicholas Cage in the film, was a New York police officer and one of the (very few) victims who survived the collapse of one of the World Trade Center towers while still inside.

Okja falls into the science fiction genre (the titular Okja is a genetically modified “super pig”), but this film is carried by its humanistic undertones. Tilda Swinton, Paul Dano, and Steven Yeun star, with Bong Joon-ho — known for his breakout Parasite — in the director’s chair. Bong knows how to tell good stories, and Okja is no exception.

Based on the Tracy Letts’ Tony and Pulitzer Prize-winning play of the same, August: Osage County puts the drama in family drama. Meryl Streep and Julia Roberts both give powerhouse performances as a mother-daughter duo reeling over the sudden disappearance of the family patriarch (played by Sam Shepard). It’s one of the most emotional family stories of the last 20 years.

If you loved Call Me By Your Name, then chances are you’ll feel similarly about director Neil Armfield’s Holding the Man. This Australian film is adapted from Timothy Conigrave’s posthumously published memoir of the same name, and explores queer love during the height of the HIV/AIDS crisis. You’ll need more than a few boxes of tissues for this one.

Lee Daniels’ The Butler stars Oprah. Period. If that isn’t enough, the film itself is loosely based on the true story of a Black man (Forest Whitaker) who works as a butler in the White House. As the 20th-century sociopolitical landscape evolves before his eyes, he remains steadfast in his position as a domestic worker.

Ryan Murphy’s adaptation of the seminal queer play-turned-film Boys in the Band doesn’t quite measure up to the originals, but it’s still absolutely worth watching. Featuring an all-star cast of queer actors, including Jim Parsons, Michael Benjamin Washington, Robin de Jesús, and Zachary Quinto, among others, the film follows a group of LGBTQ+ people living in the late-’60s, as society teeters on the brink of a major social revolution.

The Danish Girl has faced criticism for casting a straight, cisgender man (Eddie Redmayne) as the real-life painter Lili Elbe, a trans woman. But aside from its its problematic elements, the film is compelling — and it’s Alicia Vikander’s performance as Gerda Wegener that really steals the show.

Based on a true story, The Zookeeper’s Wife stars Jessica Chastain as Antonina Żabińska, a Polish woman who helps run the Warsaw Zoo alongside her husband (played by Johan Heldenbergh). When Germany invades, the couple manage to save hundreds of Jewish people by hiding them in their zoo.

Do you hear the people sing? More like “do you hear the people crying?” The beloved musical, adapted from Victor Hugo’s famous novel, is a masterclass of emotional turmoil, at once uplifting and incredibly depressing. The most tear-inducing performance is without a doubt Anne Hathaway’s turn as Fantine — specifically when she sings “I Dreamed a Dream.”

Vanessa Kirby first proved her talents in The Crown, when she singlehandedly introduced a whole new generation to the wonders of Princess Margaret — but it’s in Pieces of a Woman that Kirby proves she’s ready for the big leagues. The actor stars in the Netflix Original as Martha, a woman grieving the loss of her stillborn daughter.

Based on Christopher Isherwood’s classic queer novel, A Single Man follows an English professor (Colin Firth) living in Los Angeles and reeling over the recent death of his partner. Firth stars opposite an arresting Julianne Moore, and Lee Pace in a smaller role. But it’s ultimately the direction, courtesy of fashion mogul Tom Ford, that makes the film is as stylish as it is devastating.

Why is it that the saddest movies make the greatest Oscar bait? Mystic River is no exception, as it landed Sean Penn his first Best Actor trophy. This neo-noir drama follows a group of close childhood friends living in Boston, including Jimmy (Penn), whose daughter’s recent murder leaves him devastated and in search of the truth.

Olympia Dukakis and Brenda Fricker star as Stella and Dotty in Cloudburst, a 2011 film about an older lesbian couple who flee Maine for Canada in order to get married. It’s both tender and poignant, and the tears will definitely flow. Apparently, Fricker once commented about Cloudburst: “Of all the films I've made, only three do I remember where I felt I'd moved forward as an actress: Cloudburst, My Left Foot, and The Field."

The Italian film Caught by a Wave, or Sulla Stessa Onda, is a subtle yet heart-rending film about teenage summer love. Sara and Lorenzo meet at a summer class in Italy and feel an instantaneous spark. However, Sara is hiding a degenerative illness that can’t be kept a secret for long. This 2021 film gives off nautical Call Me By Your Name vibes.

This article was originally published on Aug. 29, 2016