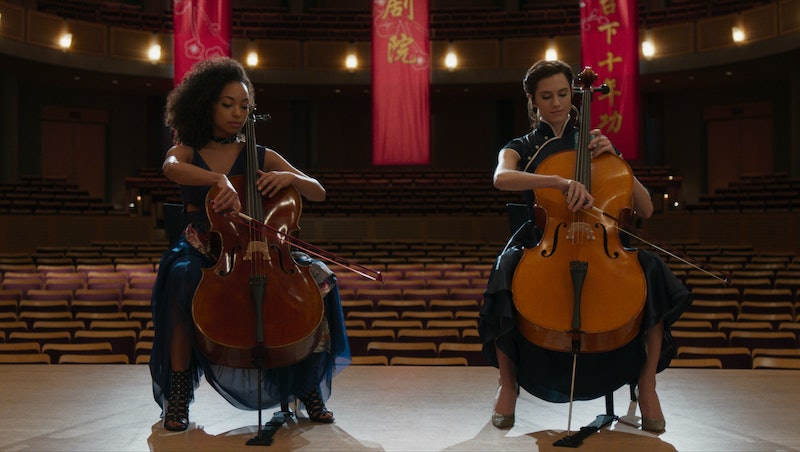 If you like horror movies but start to get queasy when there's too much gore, you'll be happy to know there are a lot of psychological thrillers streaming on Netflix. Think Alfred Hitchcock's Rear Window or Christopher Nolan's Memento — the kind of films that mess with your mind, not your stomach.

This includes everything from stories about unsolved mysteries and serial killers to suspenseful dramas and the sort of mind-benders that make it hard to distinguish between what's happening in reality and what might just be in your head...perhaps even long after the credits roll. These types of movies are great whether you want to kick up your adrenaline, get some thrill out of scaring yourself, or just want something to completely take you out of your element for a few hours. Fortunately, Netflix has a lot of options, including some international titles, but considering there are hundreds of options, you might want some help narrowing things down. From the film that helped to inspire Midsommar to a David Fincher classic, here are 19 psychological thrillers to get you started. You just may want to watch with a buddy, or at least put some Office episodes on as a palette cleanser afterward.

A man and his girlfriend attending a dinner party at his ex-wife and her new husband's house may seem like the set-up for an awkward family comedy, but once they arrive, it's clear his ex has more sinister plans. —Amen Oyiboke

This 2019 film directed by Jacob Estes stars David Oyelowo as Jack Radcliff, who receives a phone call from his niece Ashley (Storm Reid) two weeks before she and her family are meant to die. The grieving uncle must then try to save them before it's too late. —Rebecca Patton

Starring Girls and Get Out breakout Allison Williams, this 2018 movie follows a cellist named Charlotte (Williams) who's forced to drop out of music school in Boston in order to take care of her ailing mother. When Charlotte returns, she discovers she's been replaced by Lizzie (Logan Browning), leading to a horrifying sequence of events. (Be forewarned: there is some gore in this). —Rebecca Patton

Before The Haunting of Hill House, Mike Flanagan directed this trippy horror film about marriage and trauma. Gerald's Game follows a husband (Bruce Greenwood) and wife (Carla Gugino) who take a remote weekend getaway to revitalize their sex life. But then Gerald dies mid-coitus, leaving his wife Jessie handcuffed to the bed. And it's getting dark out. —Rebecca Patton

Ari Aster's 2019 hit Midsommar borrowed heavily from this 1973 thriller, which centers around a remote Scottish community on the island of Summerisle. After a young girl is reported missing, a policeman arrives from the mainland to investigate. Things do not go well. —Rebecca Patton

Not to be confused with Get Out, the French movie Get In follows Chloé (Stéphane Caillard) and Paul (Adama Niane), who return home from vacation to find their home occupied by squatters. If you're getting Mother! vibes from that description, you're not far off. —Rebecca Patton

David Fincher has directed critically acclaimed projects like The Social Network, Se7en, and his Netflix series Mindhunter, but many consider Zodiac to be his finest work. The 2007 movie follows a group of police detectives as they try to catch the infamous Zodiac Killer. —Rebecca Patton

8. I Am the Pretty Thing That Lives In The House

I Am the Pretty Thing That Lives in the House stars Ruth Wilson as Lily, a nurse who moves into an old house to take care of a reclusive novelist — but soon finds they're not living alone. —Amen Oyiboke

Adrien Brody stars in this 2015 film as a troubled psychologist who discovers his patients are all actually ghosts and died days apart from one another... maybe because of him. —Amen Oyiboke

This 2015 film depicts a group of eight suspicious strangers who converge on a Wyoming stagecoach lodge. Things expectedly turn violent; it's a Quentin Tarantino movie, after all. —Rebecca Patton

In this 2018 thriller from Korean director Chang-dong Lee, Lee Jong-su (Ah-In Yoo) runs into his childhood friend Shin Hae-mi (Jong-seo Jun) and develops a crush on her. But after she returns from a trip to Africa with a man named Ben (The Walking Dead's Steven Yeun), she mysteriously disappears. And things only get weirder from there. —Rebecca Patton

After Katrina's (Carmen Ejogo) daughter is mysteriously healed from a rattlesnake bite, the mother is informed that she must take another life by sundown in order to level the score. —Rebecca Patton

This 2015 sci-fi thriller takes place within the confines of a (you guessed it) circle, where 50 humans are trapped by an unknown force. The group soon realizes that they're able to vote on who lives and who dies. —Rebecca Patton

Clinical is not for the faint of heart. Years after being attacked by a patient, psychiatrist Dr. Jane Mathis tries to move past the trauma by taking on a new patient. The only problem? He has a troubling history of his own. —Rebecca Patton

When a mild-mannered college professor (Jake Gyllenhaal) sees an actor who looks identical to him in a film, he becomes fixated on tracking him down. —Rebecca Patton

This article was originally published on Sep. 7, 2017