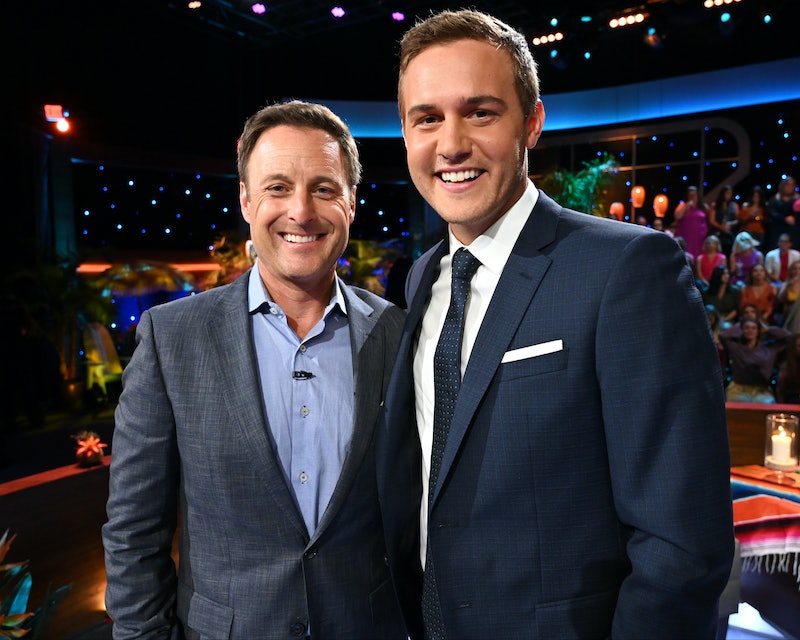 Since 2002, The Bachelor has been keeping viewers entertained with cliché puns, over-the-top dates, and more petty drama than one person could ever need. Nearly 25 men have attempted to find love across each new season of The Bachelor. Some have had success... and most have not, but it's always been fun to watch.

However, because of the long history of the show, not every fan has had a chance to watch the full series. (Although, heads up that Jason Mesnick's season is on Netflix now.) Some may have started at the beginning, stopped, and re-found the show later, while others may have only jumped in recently. It's not the kind of show that requires prior knowledge, which makes it easy to hop in at any point.

But there are some things that fans may want to know about the Bachelors who came before. They're the ones who paved the way for the Aries, Coltons, and Peters of the franchise. Whether they didn't propose, handed out a promise ring, actually proposed but later broke up, or somehow made the whole thing work out, here's every Bachelor season described in the simplest way possible — in just one sentence.

Long before Colton Underwood boldly decided not to get engaged to a woman after two months of reality TV courtship (the nerve!!!), inaugural Bachelor Alex Michel did it first: he dumped America's fave Trista Rehn and proposed to no one during his finale, choosing to keep dating Amanda Marsh until he broke up with her a couple of months later.

Before the days of Instagram SponCon, Bachelor alums had to get creative: after Aaron's season ended in heartbreak, he bought the Neil Lane engagement ring contestants usually have to give back if they split up, and he and his ex-fiancée Helene Eksterowicz sold it on eBay.

According to Camila Cabello there "ain't no crying in the club," but there sure is in the limo, and a sob fest is exactly what viewers got from runner-up Kirsten Buschbacher when Andrew sent her packing for maybe still being into her ex and chose Jen Schefft instead (no, they're not still together).

Bob Guiney is every man who can only sorta commit, because he gave Estella Gardinier a promise ring instead of an engagement ring on his season... and it apparently only promised a month, because that's how long the relationship lasted post-show.

There's nothing like your boyfriend suggesting you just keep dating instead of getting engaged and then having to watch him break up with the other woman he was dating from a window... with such an awkward start, it's no wonder Jesse and his winner Jessica Bowlin's relationship fizzled after only a couple of weeks.

Byron only became the Bachelor when his contestants voted between him and another guy, which seemed like a funny idea until the franchise repeated the Double Bachelor idea years later and forced Kaitlyn Bristowe and Britt Nilsson to compete with one another to become the Bachelorette.

Charlie O'Connell, the much less famous brother of actor Jerry O'Connell, elected to keep dating both his contestants after the finale — which they were apparently OK with — and then picked one of them during the After the Final Rose special... needless to say, it didn't work out.

Considering Travis and his winner Sarah Stone both lived in Nashville, they seemed primed for a successful relationship, but they didn't last long, and Travis then parlayed his Bachelor fame into the daytime talk show The Doctors, so maybe he wasn't there for the right reasons himself.

Lorenzo the Italian prince moved the whole production to Rome, Italy to find his princess (and people complained when Emily Maynard wanted to film in Charlotte because she had a child), only to give her a "family" ring and ask to keep dating her in New York... which they did for just two months before Lorenzo broke it off to get back with his runner-up.

Brad, Brad, Brad... he thought he could take the actually sane route and propose to neither of his contestants because eight weeks to find the love of your life is way too short of a timeline, and get away with it without becoming America's most hated man!

All you need to know about Matt is that he was the series' first and last British Bachelor for ABC — although interested parties can also watch the UK version of The Bachelor which at one point starred Spencer Matthews, the brother of James Matthews who's married to Kate Middleton's sister Pippa... it's a small world.

Before Arie Luyendyk there was Jason Mesnick, who is only forgiven for dumping his winner Melissa Rycroft on live TV and proposing to runner-up Molly Malaney because he and Molly are still together and happily raising their kids — oh and Jason also helped coin the phrase "Mesnicking," which is to cry a lot over all the women you're dating while standing on a balcony.

OG Bachelor pilot Jake Pavelka's season was subtitled "On the Wings of Love," but he got no love from fans in the end when he proposed to season "villain" Vienna Girardi instead of Tenley Molzahn for an engagement that was doomed from the start.

The Bachelor let Brad have another chance at finding love (even after his disastrous non-proposal), and he briefly did with Emily Maynard... before also breaking her heart and setting her on a path to become the Bachelorette — so, it's safe to say Brad will not be welcomed back for a third season.

Winery owner Ben Flajnik pulled a Jake Pavelka and proposed to his season's "villain" Courtney Robertson; the relationship did not last, but the memes about Ben looking like Francine from Arthur are forever.

Before Colton, there was "born-again virgin" Sean Lowe, who had already had sex but vowed to not have it again until he got married — which he did to Catherine Giudici in a wedding with a theme she kept calling "grown sexy" (yes, really).

Inarguably the most hated Bachelor, Juan Pablo is best known for always saying the wrong thing and for refusing to tell his winner Nikki Ferrell that he loved her — much less propose to her — so you can all guess how that worked out for him... it didn't!

Chris' season was all about trying to convince (trick? trap?) one of his contestants into moving to his middle-of-nowhere Iowa farm; surprisingly, he had a few bites, with Whitney Bischoff even agreeing to his proposal... but that didn't last long, and now Chris is just farming away in Iowa alone.

Ben Higgins made the mistake of telling both of his final two women he loved them, which left runner-up JoJo Fletcher totally blindsided when he picked Lauren Bushnell in the end — although now JoJo is engaged to someone she met as the Bachelorette, Lauren married a country singer after breaking up with Ben, and Ben has a successful podcast and a new girlfriend... so it all worked out in the end.

After coming in second on two seasons of The Bachelorette, ABC gave Nick a chance to finally come away the winner with his own Bachelor season, on which he picked Canadian Vanessa Grimaldi and then they broke up in basically less time than it would take to watch every Bachelor franchise episode Nick has appeared on.

Arie pulled a Jason Mesnick when he proposed to Becca Kufrin, later broke up with her (on camera, of course), and then proposed to runner-up Lauren Burnham — but their relationship also led to marriage and a baby, and Becca became the Bachelorette and met Garrett Yrigoyen, the controversial contestant with an impossible to pronounce last name.

It's hard to tell whether Colton's season will be remembered most for all of the cringeworthy virgin jokes, or the fact that he jumped a fence to track down winner Cassie Randolph after she left, tell her how he felt, and anticlimactically agree to keep dating.

A new Bachelor pilot is in town and Peter's season is thus far filled with plane puns, windmill jokes, and a ton of appearances from his ex-girlfriend Hannah Brown — what could go wrong?