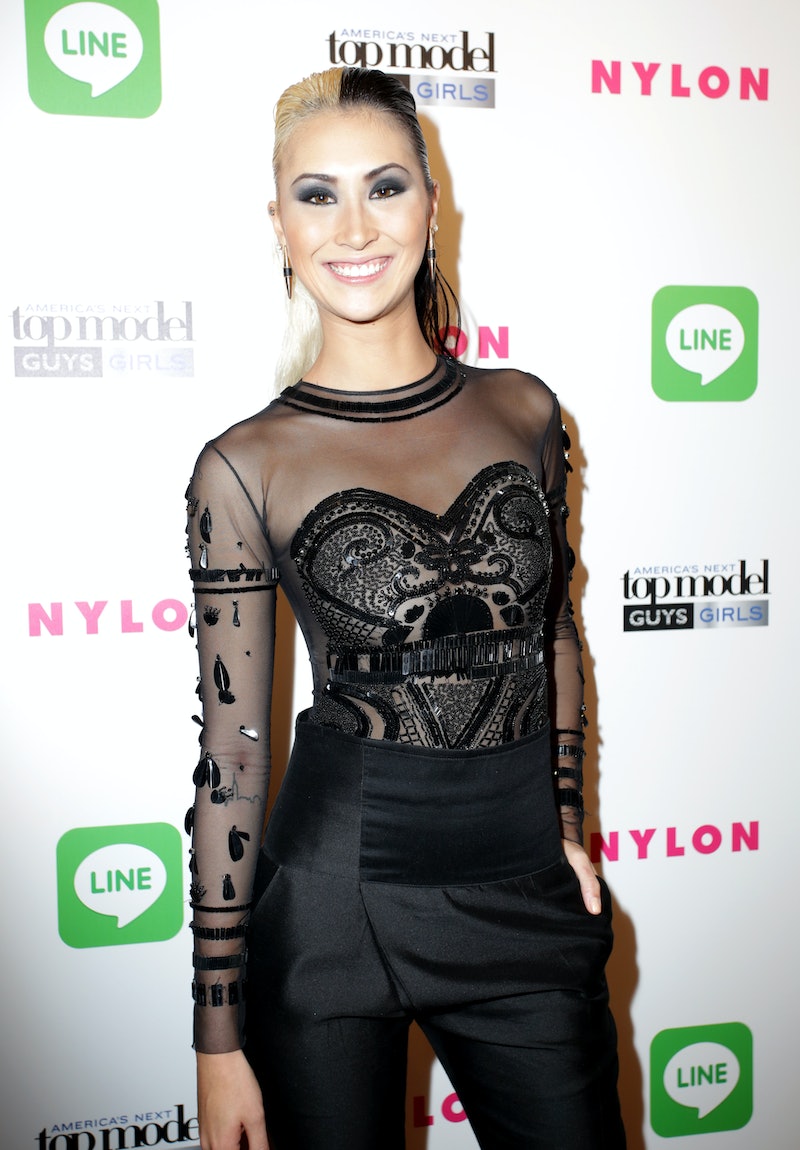 There have been so many viral hair trends in 2015 that it's hard to keep track of them all. Perhaps the hair industry just had a burst of creativity or maybe people are becoming a little more experimental with their manes all around. Whatever the reason, this year has been one of the best ones yet for non-conventional strands.

Do you remember back in the day when a particular hairstyle or two could define an entire year, or even a decade? It could be argued that "The Rachel" was the '90s hairstyle that everyone was wearing, while some might counter this debate by stating that crimped hair was the defining '90s hair look. Before the time of Millennials, there was the Brigitte Bardot-inspired beehive, which reigned supreme in the 1960s. And in our teen years, hair straighteners had a moment in the spotlight, thus making poker straight locks tremendously trendy in the noughties.

I believe social media is partly accountable for the rise and growth of multiple viral hair trends. It's likely that with social media apps hitting the mainstream in the past decade and being used by generations other than us Millennials — so long to the simple days when MySpace monopolized the market and when your mom didn't have a Facebook account — this year's viral hair trends were able to hit audiences hard and fast to make an impact. So here are the best viral hair trends of the year to make you feel nostalgic or inwardly cringe, depending on your preference.

The rainbow hair trend was a rather literal one; basically a hairstyle that included a spectrum of colors. We began seeing rainbow hair roundups in 2014, with celebs like Rita Ora jumping on the bandwagon beginning last summer. As you can tell from Katy Perry rocking the rainbow trend in the 2015 H&M holiday advert, this look has lasted quite some time. Its longevity could be down to the fact that rainbow locks offer versatility and can feature bright colors or toned down pastel shades, depending on your taste.

There was an explosion of silver locks on social media this year as well, but most of its proponents weren't naturally gray-haired. Maybe it was the release of the Fifty Shades Of Grey movie that lit the fuse, but tons of people were embracing this look, from celebs to the fashionable gals at your office. The granny hair trend not only made wearers appear more mature, timeless, and questioning of beauty standards, but it also lent them a unique ethereal vibe that you likely couldn't get from any other shade.

Is it brunette? Is it blonde? The perfectly coined bronde trend was a lovely style for folks who weren't too keen on going OTT on their dye job. Although not a new hue per se, "bronde" made something of a comeback on many an IG feed in 2015, and it was reminiscent of sun-kissed holidays and suggested that the wearer was a natural blonde who had spent some time on the beach. This style's re-birth could be attributed to Blake Lively, who captioned an Instagram photo,"Brondes have more fun #NoTypos-IKnowIThinkItsCrazyToo," and sent the world into a frenzy.

The mermaid hair trend was huge in the summer months and it's easy to see why. I mean, it's a beautiful hairstyle named after one of our favorite mythical creatures. The key to this trend was super long hair, loose waves or curls, and if you wanted to go the extra fathom, a gorgeously colorful dye job.

Since appearing on our screens back in Season 1 of Game Of Thrones, Daenerys Targaryen has stolen many hearts. Not only is she a powerful woman to be reckoned with, but she has impeccable style. And in 2015, there seemed to be a call to perfect Daenerys' braids, whether for Halloween or for everyday wear. This could also have been boosted by the popularity of Vikings-inspired hair braids as well.

Colombre is a mash-up of the words "ombré" and "color," so this trend was a twist on the ombré 'do using rainbow colors. The colombre hair trend was a less dramatic take on the rainbow look, as the wearer could keep their natural color and then use as much (or as little) rainbow dye on the ends as they desired. You could also choose from multiple hues working their way up your locks or just one or two shades all around.

The sunset hair trend was a look that took inspiration from real life sunsets; and the end results were daringly beautiful.

Another trend that had a rather literal name was the half-and-half hair trend. This was a truly edgy look that may have been inspired by Cruella de Vil, ANTM contestant Shei Phan, or the new Harley Quinn's Suicide Squad hairdo.

The smokestack hair trend was an intricately layered look. Darker shades of hair dye were applied to the under layers of your hair, and the shades got lighter as they reached the top. Smokestack hair could utilize your favorite colors, but smokier shades were more in keeping with the theme.

The double buns trend came back from the dead with a vengeance. Once upon a time, this was a '90s look worn by the likes of Gwen Stefani and Björk, but celebs like Miley Cyrus and FKA Twigs brought it back into the 21st Century. It's cute, it's easy, and it's nostalgic: Double buns might be here to stay.

This retro-inspired trend was just plain cool. A branch off the rainbow trend tree, the tie dye hair trend was fantastic for those who couldn't make up their minds about what color they wanted to rock. IMO, it also gave wearers a cool neo-hippie vibe.

Face contouring was the trendiest thing around, so it was bound to rub off onto another sector of beauty. Enter the trend called hair contouring. This unusual-sounding yet actually non-dramatic look makes the most of one's facial features by lightening up the hair around the face. According to Marie Claire, Marc Trinder, a stylist and art director at Charles Worthington, said, "By using light and dark tones to create shadow and depth on the face, as well as applying color in specific areas of the hair, you can completely alter either an entire face shape or specific areas." Though we should all arguably learn how to be comfortable with our looks before "altering" them, experimenting with new styles can definitely be empowering.

The opal hair trend is my personal favorite of 2015, because it reminds me of unicorns and fairies. This trend is sort of a hybrid of the colombre, granny hair, and rainbow trends because it involves subtle pastel streaks or segments alongside natural hair tones such as light blonde. Due to the pastel shades, it shows up better on lighter hair; but brunettes can still get in on this fun trend as well.

This festive hair trend was popularized with the approach of the holiday season. The glitter roots trend involves sprinkling glitter on your roots (with the help of a hair product to make it stick) to leave you with a sparkling new 'do. It was also a great way to cover up outgrown roots.

Whether you adored these trends or loved to hate them, 2015 was an incredible year for viral hair trends and I can't wait to see what the new 12 months bring!