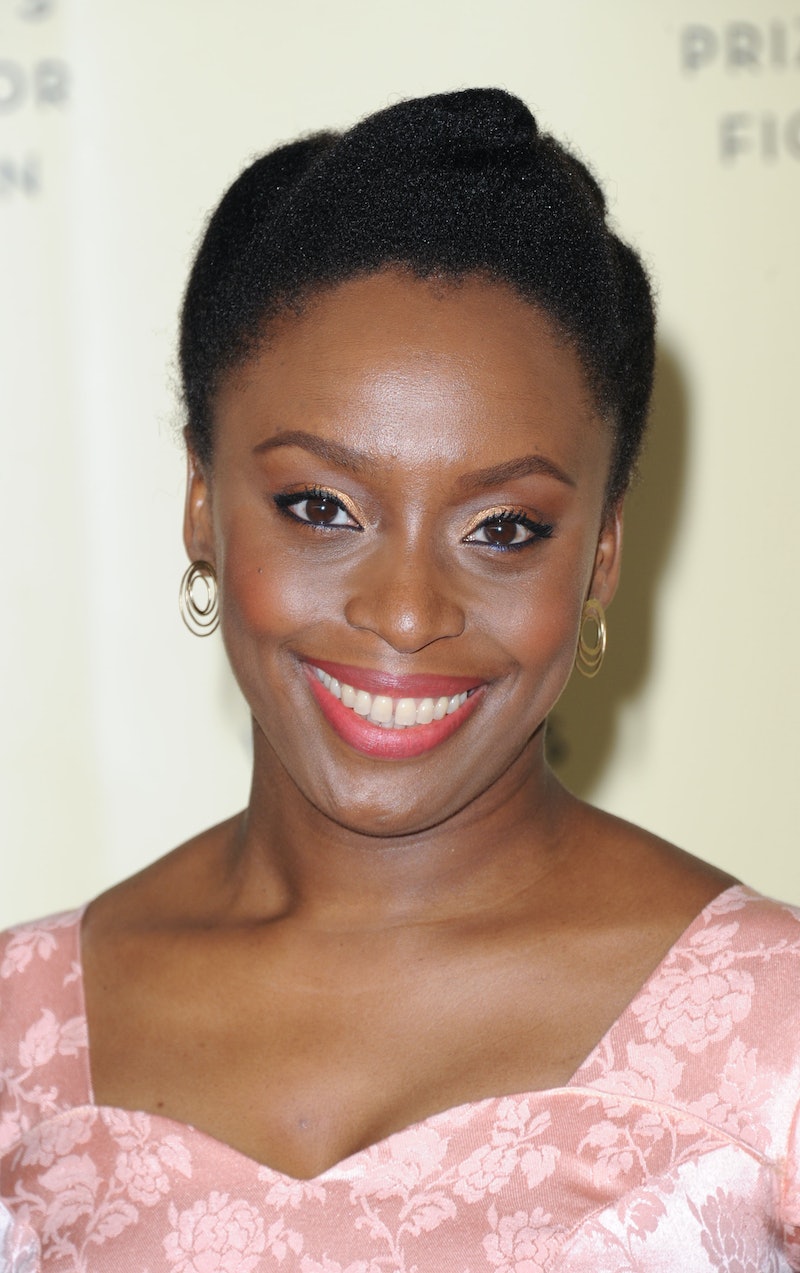 Female writers and essayists "are having a banner year," as Cheryl Strayed wrote in her New York Times piece “Is This a Golden Age for Women Essayists?” That’s not to say that gender issues have evaporated, and the publishing industry is now a highly evolved business, but we’re making progress. Slowly but surely.

In 2013, the statistics about women in publishing were grim. VIDA: Women in Literary Arts, a research-driven organization that aims to increase critical attention to women’s writing, conducted a study that found that publications weren't hiring women to review books, and weren't reviewing books by women. For example, at the New York Review of Books in 2012, 16 percent of the reviewers were female, and only 22 percent of the books reviewed were written by women. As a response, writer and artist Joanna Walsh started the #readwomen2014 hashtag, explaining: “You don't have to exclusively read books by women this year (you may be surprised to learn that I won't be doing so), but you might like to do a Vida count on your own bookshelf.”

And people did make an effort to read books by women. But female authors ruled 2014 not because people had to be forced to go out and get their books — they ruled because they were turning out amazing work, and we couldn't help but pay attention.

As Strayed wrote in her essay, despite that we still have a long way to go, women writers have made us stand up and take notice 2014. Writers including Rebecca Solnit, Meghan Daum, Emma Straub, Lorrie Moore, Rainbow Rowell, Roz Chast, Merritt Tierce, and Eimear McBride all published stunning work — and those are just a handful of names among many.

The Goldfinch was published in 2013, but this year the book made Tartt a Pulitzer Prize-winning author, which is a pretty stupendous addition to a writer’s bio. Critics were divided about the novel, but that tension brought Tartt's name to the forefront of the literary and cultural conversation. In a cleverly titled Vanity Fair piece “It’s Tartt – But Is It Art?”, Evgenia Peretz wrote that The Goldfinch “has re-ignited the cult of Donna Tartt, which began in 1992 with her sensational debut novel, The Secret History.” Naysayers be damned — Tartt and her work ruled 2014, and she has the Pulitzer to prove it.

Some celebrity memoirs are better than others (and some are clearly written by ghostwriters), but Poehler’s first book Yes Please is the real deal. It was one of the most anticipated books of the fall, and it sold a reported 37,000 copies right out of the gate. It’s honest, real, and (of course) funny. She talked about marriage, divorce, and motherhood, and dished about her days on Saturday Night Live . Her writing voice is relatable and unvarnished, and despite the fact that The New York Times review compared reading the book to having the frosty and jagged contents [of a freezer] dumped in your lap,” Yes Please is a much-deserved success. Maybe next time Poehler can co-author a book with her BFF and fellow bestselling writer Tina Fey.

Like Yes Please, Dunham’s first book Not That Kind of Girl was on tens of thousands of to-read lists. Critics, fans of HBO’s Girls, and teens who see her as a role model all ran out and devoured her bittersweet, comedic essays about family, sex, phobias, and growing up. Not That Kind of Girl sold 38,000 copies the first week it was published. Despite all the adoration, Dunham faces a disturbing amount of ridicule and ill will from online trolls and bitter critics about the way she looks, the things she says, the size of her book advance, and, most alarmingly, accusations that she sexually molested her younger sister as a child. But she always confronts these things with elegance and humor.

If you follow Roxane Gay on Twitter, you might find yourself asking, How the hell does she have time to do everything she’s doing? It’s a mystery, really. Gay had not one but two books published in 2014: The novel An Untamed State and the bestselling collection of essays, Bad Feminist . She writes tirelessly about issues ranging from feminism to race to sexuality to the merits of Sweet Valley High. She’s writing a new column for The Guardian and she just launched The Butter, a sister site to The Toast. If people didn’t know who she was in 2013, they definitely found out in 2014. She’s also working on a new book called Hunger, so her reign could keep right on rolling.

People toss the word “genius” around a little too often, but in this case it’s not so far-fetched. Bechdel was the recipient of the prestigious 2014 MacArthur Fellowship — a rare honor for a cartoonist. Her 2013 memoir/graphic novel was a New York Times bestseller, she illustrated the now ubiquitous “Bechdel Test” in her comic Dykes to Watch out For, and her 2006 book Fun Home: A Family Tragicomic was a National Book Critics Circle Award finalist. That’s all in the past, but in 2014 Bechdel was declared a genius. Not many people — cartoonists or otherwise – can claim that title.

Canadian author Emily St. John Mandel’s fourth novel, the post-apocalyptic Station Eleven, got plenty of attention in 2014 — and for good reason. It’s a suspenseful, melancholy book about nostalgia and memory and the power of art. It became a New York Times bestseller and was shortlisted for the National Book Award (Phil Klay’s Redeployment won the Fiction award). Plus, it has a ton of cinematic potential, so here’s hoping it gets turned into a movie. Station Eleven brings poetry to a post-apocalyptic tale, and explores deep issues without hitting us over the head with a message. That's no easy feat, and she pulled it off beautifully.

It's a pretty big honor to have your debut novel land at number one on Amazon’s “Best Books of the Year” list, and Celeste Ng nabbed the spot. There were a lot of incredible books to choose from in 2014 — and Everything I Never Told You came out ahead of books like Phil Klay’s National Book Award winner Redeployment, David Mitchell’s The Bone Clocks, and E. Lockhart’s We Were Liars. Amazon editorial director Sara Nelson said of their pick: “This book is a gem. It's beautifully written, it's pitch-perfect… It's a bit of a sleeper, but a beautiful one.” The book is also in the finals for the Goodreads Choice Awards. Ng, who won a 2012 Pushcart Prize for her short story “Girls, At Play,” definitely came out on top in 2014.

Los Angeles-based writer Edan Lepucki might have been a victim of the Amazon-Hachette war of 2014, except for the fact that her debut novel California got a little help from a dude named Stephen Colbert. Colbert’s publisher is also Hachette, and he called out Amazon on his show (for jeopardizing the sales of books by first-time writers like Lepucki) by holding her book up to the cameras, for millions of people to see (and recommending the book to his 6 million-plus Twitter followers). Sales of the book skyrocketed; making Lepucki one of the few people who can actually be called an overnight sensation. On top of that, she wrote a great book that makes a story about marriage during the apocalypse alternately entertaining, darkly humorous, and disturbing.

Time Magazine evidently didn’t read Adichie’s essay We Should All Be Feminists before they published The Poll That Enraged the World this fall. Her essay, published by Vintage Books over the summer, was adapted from her December 2012 TEDxEuston talk, and it’s a powerful, humorous, and impassioned look at feminism in the modern era. The award-winning author of Half of a Yellow Sun and Americanah ruled 2014 because of her inspiring essay, and because of sentiments like this: “Feminism is, of course, part of human rights in general — but to choose to use the vague expression human rights is to deny the specific and particular problem of gender.” Amen.

Strayed didn’t release a book in 2014, but she was still very much a part of the conversation. The feature film version of her bestselling memoir Wild premiered at the Telluride Film Festival this fall to rave reviews (and Oscar talk for star Reese Witherspoon), and the movie is an emotional, poetic journey that should inspire people who haven’t read her book to run out and get up a copy. On top of the Wild movie mania, Strayed’s New York Times essay “Is This a Golden Age For Women Essayists” solidified her status as a female author who is rooting for and supporting other women writers. “…I’m of the opinion that as long as we still have reason to wedge ‘women’ as a qualifier before ‘essayist,’ the age is not exactly golden,” she wrote. “And yet it’s hard to deny there’s something afoot. Essayists who happen to be women are having a banner year.”

There’s still a long way to go, but, as Strayed said, it has definitely been a banner year for female authors. Let’s hope it continues until we can just say, “authors.”