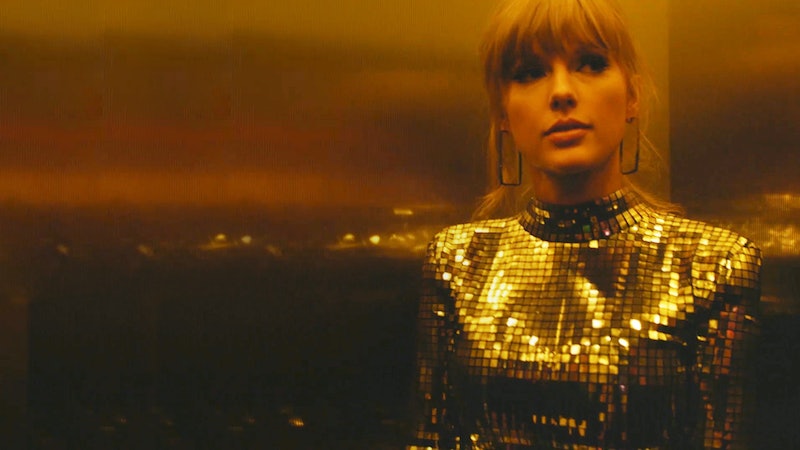 When women come together, amazing things can happen. However, finding movies about strong women on Netflix isn't always an easy feat — even if you're scrolling through the category labeled "Movies Featuring A Strong Female Lead." While Netflix's selection of girl power movies certainly exists, the options for films about independent and loving characters remain rare and few, which can make picking a title for your girls' night in one heck of a hassle. Luckily for you, help is on the way. Instead of you spending hours scrolling through each category, here is a list of the girl power movies that you’ve undoubtedly been craving.

Netflix has a number of different films at your disposal to help prove there's nothing a woman can't do, and there’s nothing women can't achieve when they come together. Girl power movies feature women defying the odds, breaking the mold, and not being afraid to fearlessly love one another. And yes, these emotional, inspirational stories certainly are out there. These tales include women of all ages and backgrounds coming together for a greater cause. So get your best friends together to join you for your next Netflix movie-watching experience. These films will have you feeling the girl power in no time.

Girl power isn’t always glamorous — but that’s what makes Lady Bird so special. In her role as a high schooler growing up in early-aughts Sacramento (pretty much the last place she wants to be), Saoirse Ronan brings to life the awkward, confusing, tumultuous reality of being a teenage girl — that time when your unique identity feels like the most important thing, yet the most difficult to hold on to. While Lady Bird’s relationship with her mom is pretty precarious, it’s also the thing that grounds her when life gets real. This unique bond, plus that which Lady Bird shares with her best friend Julie (Beanie Feldstein), makes this a truly refreshing pick for your girls’ night in or solo movie marathon.

Radha Blank plays an iteration of herself in The Forty-Year-Old Version, in which a playwright re-discovers her passion for rap and pursues it as a new era of her creative career — proving that it’s always a good time to do what you love. The award-winning Netflix film, featuring beautiful black and white cinematography, is sure to inspire women who want to harness their inner desire and do the same. The Forty-Year-Old Version also delivers a serious dose of girl power behind the scenes, as Blank wrote, produced, and directed the film in addition to starring.

In this charming, feel-good romantic comedy, Reese Witherspoon’s Alice is a divorced mom who finds a fresh start when she lets three aspiring filmmakers move into her family home. Though something like love naturally ensues, it’s not the end goal of Home Again. Instead, this is a story about a woman taking a breath, surrounding herself with the right people, and tapping into her true self.

Chances are, you’ve already seen Legally Blonde once (or twice, or a few more times...), but that’s simply a testament to the classic film’s infectious themes of optimism and girl power. Another Witherspoon must-see, Legally Blonde revolves around Elle Woods’ journey toward becoming a lawyer and proving plenty of misogynists wrong along the way — making it one of the most beloved female empowerment movies on Netflix.

If you ever need to harness your inner girl power after a bad breakup — or any significant life change, really — Someone Great is for you. (Just bring the tissues and a few good friends to watch with you.) In this Netflix original, Gina Rodriguez, DeWanda Wise, and Brittany Snow star as a trio of friends each dealing with their own romantic misadventures during the build-up to a big concert — ultimately leaning on each other and realizing that their bond is the most important one of all.

In this revealing documentary, viewers get an insightful look at Taylor Swift and the artist’s experience as a woman in music and the very public eye. Miss Americana sees Swift navigate her image, creative journey, and power as a performer to impact her audience in new, uplifting ways. By the end of the doc, you won’t just have a better understanding of Swift as a musician, but as a woman who’s working through many of the same things her fans do every day.

7. Feminists: What Were They Thinking?

Another Netflix documentary, Feminists: What Were They Thinking? explores the stories of women who were embracing girl power long before it was a part of our everyday vernacular. Based on a book of portraits by Cynthia MacAdams, the stories and voices featured in this inspiring documentary include Jane Fonda, Lily Tomlin, and more. Watch for raw, personal accounts of feminism so far — and how they might help inform the future of the movement, too.

In this exciting mystery story, the titular Enola Holmes (Millie Bobby Brown) — little sister to Sherlock and Mycroft — embarks upon a twist-filled adventure to find her missing mother. Viewers of all ages are sure to enjoy the Netflix original film’s themes of independence and taking charge of your own agency, even when others make the mistake of underestimating you.

This stirring biopic tells the story of Helen Reddy, the Australian singer whose anthemic “I Am Woman” has been galvanizing women since the early 1970s. As depicted in the film, Reddy faced numerous struggles as a woman and musician — but the inspirational movie (and the song it’s named after) serves to remind viewers of the importance and power of uplifting each other when it matters most.

Like many of the films on this list, Unicorn Store features women behind the scenes, too. In this case, Oscar winner Brie Larson serves as star and director. The Captain Marvel actor portrays Kit, a woman who’d dreamed of owning a unicorn and might finally get her chance. But first, she must go on a personal, creative journey.

Directed by Amy Poehler, the recent Netflix original Moxie tells the story of a teenage girl who finds inspiration in her mom’s era of feminism — think riot grrl zines — and brings it to life at her high school. This story is proof that you’re never too young to get involved in a movement that uplifts other girls and women around you.

12. Knock Down The House

One of the best ways to embrace your inner girl power is to see it happen in real-time. Such is the motivating pull of Knock Down the House, a Netflix doc that follows four congressional hopefuls (including Alexandria Ocasio-Cortez) on their quest to making history as women in government. The stakes feel so real because they are real, making Knock Down the House a timely, necessary addition to your to-watch list.

A huge part of tapping into your own power is simply figuring out who you are and who you want to be in this world. The titular Carrie Pilby, whose genius may not be the most relatable thing in the world (she’s a Harvard graduate at just 19), goes on an introspective quest to discover herself, which will certainly resonate with audiences.

Girl power is shown in a number of different ways. Thanks to Netflix, these strong female characters are just a click away.