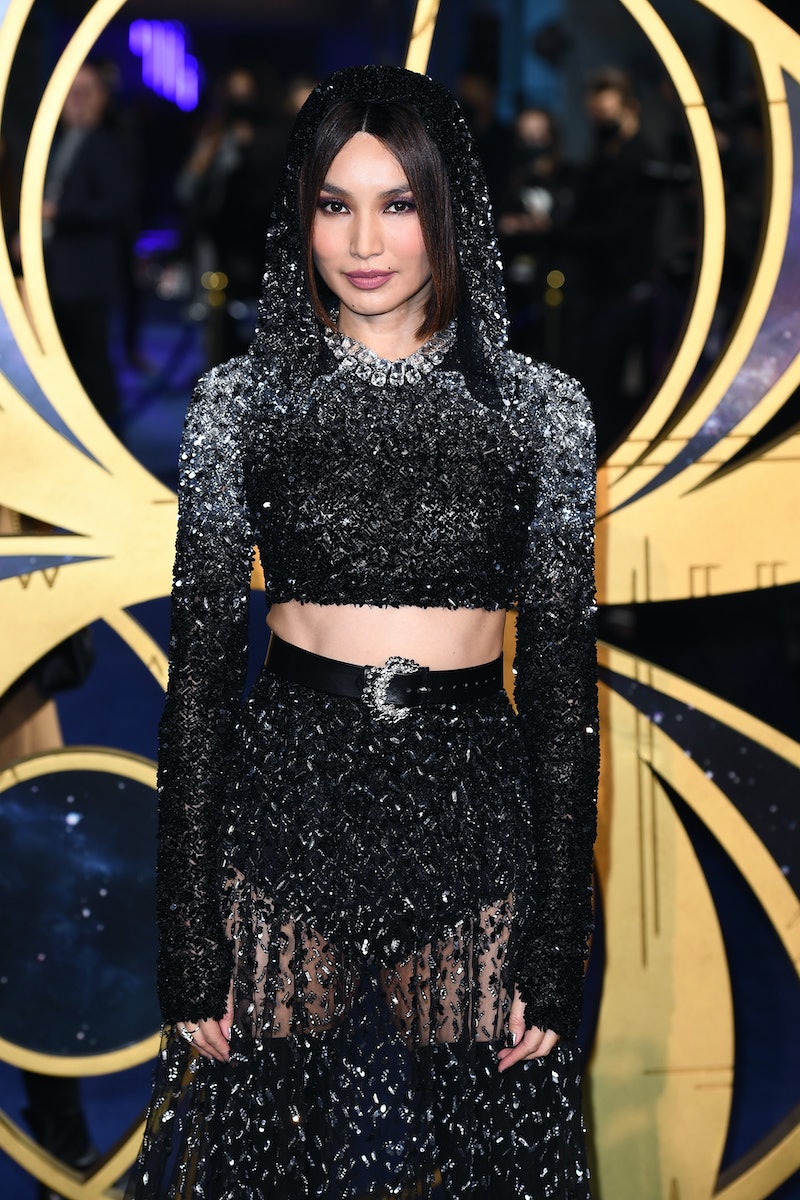 Is there anything Gemma Chan can’t do — onscreen and off? The former model unfailingly dazzles at red carpets, has a law degree from Oxford University, and contributes to relief efforts for COVID-19 workers with her partner, Dominic Cooper. Her work onscreen is equally impressive. While many probably know Chan as the glamorous Astrid Leong-Teo from the mega-hit Crazy Rich Asians, her resume extends far beyond the Kevin Kwan-novel adaptation, as she’s starred in several British TV shows and movies.

The British actor didn’t always think many roles were accessible and believed some to be off-limits to her as an Asian woman. But her career-long crusade toward a more inclusive Hollywood led to several barrier-breaking projects, including voicing a character in Disney’s first-ever Southeast Asian-inspired animation and being part of an Elizabethan historical drama.

These days, she can be seen playing complicated and powerful women. On Nov. 5, she returns to the Marvel Cinematic Universe as Sersi in Eternals, her second Marvel role. She’s also starring in the highly-anticipated Olivia Wilde-directed thriller Don’t Worry Darling alongside Florence Pugh and Harry Styles. Whether she’s playing a blue-skinned alien or a latex-wearing call girl, Chan is always magnetic. Ahead, 10 of Gemma Chan’s best movie and TV roles if you can’t get enough of the Eternals star.