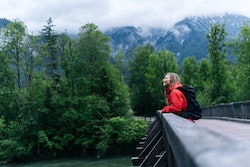 With two long months of 2022 under our belt, the fresh-faced feeling of New Year’s feels like a distant memory. However, the astrology of March 2022 is ripe with new beginnings and the hopeful energy of springtime. February’s planetary happenings plunged us into the depths of feelings-focused Pisces season and brought about the intense peak of the United States’ Pluto return. But between a cleansing full moon, the astrological new year, and a rare retrograde-free chunk of time, the astrological events in March might feel even more magical.

We’re kicking off the astrology of March 2022 under an emotional new moon in Pisces, which rises on March 2. This lunation brings us a beautiful chance to manifest and get spiritual — and that is very much in tune with the themes of Pisces season on the whole, which we’re swimming through until March 20. Once Aries season begins on the day of the spring equinox, it’ll officially be spring, and we’ll be celebrating the astrological new year, too. Think of this as your second chance to set New Year’s intentions! Lover planets Venus and Mars will be traveling alongside each other all month, inspiring us to break out of our usual boxes in love and embrace some passionate and pleasurable new beginnings.

As the cherry on top of a busy astrological period, March is the only full month of 2022 during which no major planets will be retrograde — so we can enjoy a forward-facing energetic flow, without too many cosmic interruptions. This backspin-free spell lasts through Apr. 29, which is when Pluto retrograde begins and launches us back into retrograde season. With the renewed energy of spring on our side and exactly zero retrogrades standing in our way, we can enjoy a sense of ease when it comes to making progress, pushing forward on plans, and looking toward the future.

Read on for all the must-know astrological events in March 2022.

Kicking Things Off With A New Moon

We’re jumping into the month with some refreshed energy on our side thanks to the dreamy new moon in Pisces that’ll peak at 12:35pm ET on March 2. This inspiring lunar moment will heighten our intuition, enhance our feelings, and gently encourage us to step into our growth. Additionally, the sun and moon in Pisces will be aligning with lucky planet Jupiter at the time of this lunation — which is extra special, given that Jupiter is Pisces’ traditional ruling planet. The auspicious Jupiterian influence makes this a fantastic moon for manifesting, setting spiritual intentions, and focusing on bringing your fantasies to life.

The first few weeks of March comprises the majority of Pisces season 2022. Pisces’ mutable water sign energy is ethereal, dreamy, and imaginative, so when the sun travels through its emotional waters, it puts us in touch with our sensitive sides and enhances our fantasies. Our sense of intuition will also be heightened during this period, especially once communication planet Mercury joins the sun in Pisces on March 9. Mercury is all about logistics, but when it’s in this water sign’s territory, we might find that we’re relying more on feelings than facts. Dive into your daydreams and allow yourself to swim through the seas of your sentimentality.

This year’s Pisces season feels especially blessed thanks to the presence of abundant Jupiter and mystical Neptune in Pisces. These two planets are Pisces’ traditional and modern rulers, and they’re traveling alongside the sun in their home-base sign for the only time in our lifetimes. On March 5, the sun and Jupiter will connect in Pisces for the first time since 2010, bringing massive opportunities for growth, spiritual connection, and creative expansion. It’s a great time for a manifestation ritual. The following week, on March 13, the sun and dreamy planet Neptune will connect in Pisces, which casts an illusive, rose-colored veil over the sun’s usually straightforward style of illumination. Listen to your gut, feel your fantasies, and try not to worry too much about the details during this period. The Piscean power of symbolism and second-sight are better suited for this mid-month vibe.

Romance planet Venus and passion planet Mars have been traveling through the zodiac hand-in-hand since mid-February, and on March 5 PT/March 6 ET, they’ll form a steamy conjunction aspect for the second time in a month. Venus and Mars generally only join forces in the zodiac once every year or two, so having them in such a prolonged lip-lock brings all of us an opportunity to clear any buried blockages in love and create some fruitful new cycles.

As the lover planets connect in this cosmic union, they’ll collectively leave pragmatic earth sign Capricorn and enter aloof air sign Aquarius, where they’ll remain for the duration of March. This cool and collaborative Aquarius energy inspires us to embrace unconventionality in romance and think outside the box when it comes to pleasure, passion, and getting what we want. Don’t shackle yourself to the traditions, habits, or routines of the past — now’s a time to revamp your relationships with friends and lovers with some elements of surprise and eccentricity.

Full Moon In Virgo To Clean Your Slate

On March 18, during the final days of Pisces season, the March 2022 full moon will rise with a prompt and practical message: Get your sh*t together. This lunation takes place in orderly earth sign Virgo, and it’s bringing all zodiac signs a chance to clear their personal slates before winter ends and a new season begins. Use this earthy energy to do some spring cleaning in your life and let go of any bad habits that have been bringing you down. March's full moon is also known as the Worm Moon, but don’t try to wriggle your way out of doing the work — you’ll feel so much lighter and more ready for spring if you take advantage of this lunar opportunity to release.

If you’ve been craving some change and wishing you had an excuse to start fresh, then the action-packed magic of Sunday, March 20 is sure to deliver. First and foremost, March 20 is the date of the spring equinox, meaning that winter is officially over and spring has sprung. Bust out your favorite florals and celebrate with an iced matcha, because longer days lie ahead!

The date of the spring equinox also coincides with the beginning of Aries season 2022. Aries is a bold and passion-fueled fire sign, so when the sun travels through this zodiacal zone, it bring out our inner-warriors and lights up our leadership skills. Get ready to embrace the most take-charge version of yourself, because Aries season energy is all about being fearless and taking action on your desires.

Because Aries is considered the first sign of the zodiac, March 20 also heralds in the 2022 astrological new year — so if you needed a New Year’s do-over, now’s your chance to make it happen. Once the sun’s entered Aries territory, it’s officially completed a full cycle through the zodiac, so the energy of this ingress is full of moxie, motivation, and hope for the future. With so many new beginnings swirling together on one special day, it’s a good time to give your 2022 intentions a refresh and embrace your personal power.

Big Aries Energy To Wrap Up The Month

Aries season is in full effect through the final third of the month, but we’ll feel its fiery presence with even more zeal once mental planet Mercury enters Aries on March 27. When Mercury is in Aries, we’ll all feel more impulsive about speaking our mind, more zealous about our opinions, and extra eager to start making progress on our plans. Use this energized boost of motivation to get a leg-up on any work projects or say yes to spontaneous opportunities to socialize with friends.

This high-powered Aries vibe will by amplified at tail end of the month, as the moon enters Aries on the morning of March 31 — joining forces with the sun, Mercury, and wounded healer comet Chiron. This all culminates in the feisty new moon in Aries, which peaks at 11:24pm PST on March 31 / 2:24am EST on April 1. While this lunation occurs during the crosshairs of one calendar month and another, it will technically be a “black moon” for those of us in the Pacific Time Zone — which refers to its status as the second new moon to occur in a calendar month. Regardless of your location, this new moon is a powerful time to speak your truth and take ownership over your own healing.

More like this
All The Astrological Events Happening In July 2022
By Nina Kahn
Here’s Your Fourth Of July Weekend Horoscope
By Mecca Woods
Your Guide To Earth Signs
By Nina Kahn
Eleven From ‘Stranger Things’ Is A Cancer Zodiac Sign, An Astrologer Says
By Brittany Beringer
Get Even More From Bustle — Sign Up For The Newsletter