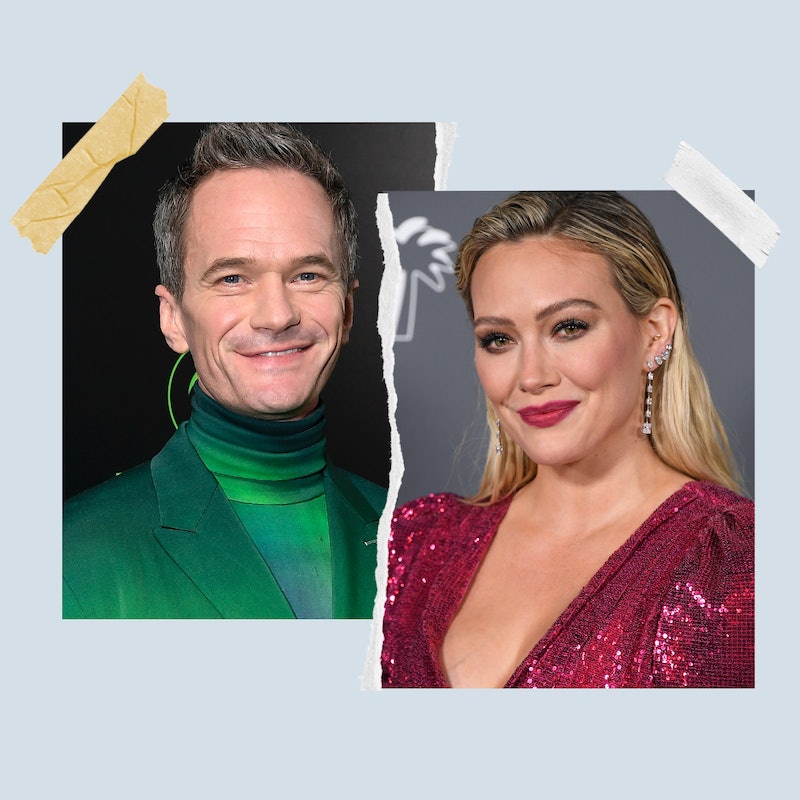 For nine seasons from 2005 to 2014, How I Met Your Mother ruled as one of the most successful shows on TV, winning 10 Emmys along the way to its polarizing finale. Millions of fans watched the CBS sitcom every week, and over time, the network paid more and more money to keep the HIMYM stars happy and coming back. Now eight years after the series went off the air, viewers who loved the tone, the jokes, and the storytelling method have something similar to enjoy.

Hulu’s 2022 spinoff series How I Met Your Father doesn’t pick up where its predecessor left off — and you’ll have to watch the HIMYF pilot episode to find out how the two shows are connected) — but it die-hard fans of the original should check it out. The show features an entirely new cast, and it’s bound to make them all pretty rich, but probably not quite as wealthy as the top-billed names in HIMYM, as they were commanding enormous sums of money for every episode.

READ NEXT: Hilary Duff’s Husband Has Her Name Tattooed On His Butt

Who are the richest members of either cast? The numbers vary widely, but one thing is clear: Being attached to a How I Met Your title is a fantastic way to make some big bucks.

What Is Jason Segel’s Net Worth?

Jason Segel, who is tied as the richest How I Met Your Mother cast member, reportedly made $225,000 per episode. He’s now worth a whopping $50 million, according to Celebrity Net Worth. Segel famously portrayed Marshall Eriksen, and HIMYM is responsible for the bulk of his millions.

What Is Neil Patrick Harris’ Net Worth?

The amount of money Neil Patrick Harris collected during his time on HIMYM is astounding, and it’s no wonder he wanted to stay on as long as he did. Celebrity Net Worth puts his per-episode figure at $225,000, while Screen Rant claims that by the final season, his womanizing character Barney Stinson was making quite a bit more than his co-stars. NPH was reportedly taking home up to $400,000 per episode, more than $150,000 more than his co-stars.

What Is Bob Saget’s Net Worth?

As HIMYM began, many of the top players on the show already had plenty of credits to their names, but none had enjoyed the storied career that Bob Saget had built for himself. The comedian, who was the HIMYM narrator version of Ted Mosby, entered the homes of millions in the mid-’80s when he starred as Danny Tanner on Full House. After that, he hosted America's Funniest Home Videos for just as long, and both of those series helped line the comedian’s pockets perhaps more than any others. Saget passed away unexpectedly at the age of 65 in very early 2022.

What Is Alyson Hannigan’s Net Worth?

Most actors are lucky to land one iconic role in a career. Alyson Hannigan has scored three, and all of them have made her adored — and very wealthy. After first breaking into the mainstream in Buffy the Vampire Slayer and then on the big screen in American Pie, Hannigan joined HIMYM, and from the very beginning, she was a standout comedic voice on the program. Celebrity Net Worth states that at the show’s zenith, the red-haired talent was pulling in more than $5 million per season, and that’s not including syndication royalties.

What Is Kim Cattrall’s Net Worth?

The seasoned actor is excited to star in How I Met Your Father, but it’s not as if she’s been missing, as she never goes very long in between TV gigs. Kim Cattrall made the bulk of her $40 million net worth from Sex and the City as Samantha Jones. During the HBO show’s heyday, she was reportedly earning $350,000 per episode. That’s more than most of the cast of HIMYM, and it’s worth remembering that SATC preceded HIMYM by several years. Cattrall chose not to return for the SATC reboot And Just Like That because she is done portraying Samantha Jones and wanted nothing to do with Sarah Jessica Parker.

What Is Josh Radnor’s Net Worth?

The central character in HIMYM is not the richest, at least when looking at total net worths. Josh Radnor scored his big break on the CBS sitcom, which remains far and away his most popular piece of work. He reportedly earned $225,000 per episode during the final seasons. After filling his bank account with what must have been tens of millions of dollars, he went on to appear on TV again in titles like Rise and Mercy Street, though neither reached the masses or lived very long.

What Is Hilary Duff’s Net Worth?

The former Disney star and recording artist is back on the small screen as the star of How I Met Your Father. Duff portrays Sophie in 2021, whose older version in the year 2045 is played by Cattrall, when “Sophie and her close-knit group of friends are in the midst of figuring out who they are, what they want out of life, and how to fall in love in the age of dating apps and limitless options. The “Sparks” singer is already worth a reported $25 million, and now with her HIMYF paycheck (she’s also a producer on HIMYF), Duff could soon see that sum increase significantly.

What Is Cobie Smulders’ Net Worth?

Robin Scherbatsky was a favorite among HIMYM fans, and the role wouldn’t have been the same had it been played by anyone other than Cobie Smulders. Near the end of her run, Smulders scored a dream role in the Marvel cinematic universe as S.H.I.E.L.D. agent Maria Hill. She has since been paid handsomely to portray the character in the TV show Agents of S.H.I.E.L.D as well as the blockbuster films The Avengers, Captain America: The Winter Soldier, Avengers: Age of Ultron, Avengers: Infinity War, Avengers: Endgame, and Spider-Man: Far From Home.

What Is Cristin Milioti’s Net Worth?

Cristin Milioti didn’t make as much money as her HIMYM colleagues, but fans appreciate her work just the same. The former Tracy McConnell, who first appeared in season eight and then became a fixture for the final run of episodes, pulled in an estimated $25,000 per appearance. After the CBS sitcom wrapped, she went on to star in series like A to Z, Fargo, and The Mindy Project.

What Is Francia Raisa’s Net Worth?

Francia Raisa got her first real break when she landed the role of Adrian Lee on the ABC Family show The Secret Life of the American Teenager, which ran for several years. It would be a while before she scored another recurring position, and when she did, it revitalized her career and helped increase her net worth. After playing Ana Torres on one episode of Black-ish, she picked the name back up in the spinoff Grown-ish, and now she’s on to another follow-up series The HIMYF actor is worth a reported $3 million, but that’s sure to grow in the coming years.

What Is Chris Lowell’s Net Worth?

Chris Lowell is the male lead of HIMYF, and he has some pretty big shoes to fill. The stars of HIMYM were all beloved by audiences, and they built impressive careers (or furthered them) based on their performances. Looking at Lowell’s work history, which includes time on programs like Veronica Mars, Private Practice, Glow, and Graves, it seems like he’ll do just fine. The actor’s net worth sits below $1 million, but it probably won’t for very long.