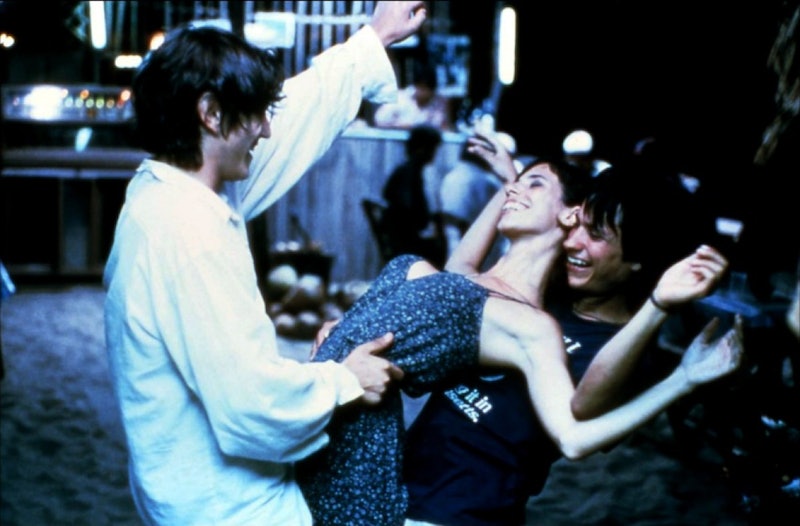 How do I say this politely? Every now and then, we all just need a little bit of… extra stimulus. And in a world where everything and anything is online, extra stimulus is really easy to find — except for on your favorite streaming service. For the most part, unless you have a subscription to a premiere movie channel app, raunchy movies on a streaming service are pretty hard to find. But there are actually some really dirty movies you can watch on Netflix. They’re not exactly X-rated, but they are scandalous enough to get you through the night. Or morning. Or afternoon. Or whenever you — ahem — need it.

Watch as this powerful attorney does his best to keep his penchant for escorts out of the limelight. I’ll give you three guesses as to whether he can make it happen.

If this wasn’t the first dirty film that you watched as a child, allow me to introduce you to it now. It’s good, melodramatic filth, and it’s a really great time.

This isn’t as blatantly dirty as some of the others on this list (if that’s your thing), but there are enough sex scenes between this woman and her favorite writer to make it. Plus, “sex” is in the title. It has to be dirty, right?

I hesitate to put this movie on any list since it perpetuates the myths surrounding single women, but damn are those sex scenes hawt.

Do you even need a description of this? The name says it all, no?

Tom Cruise and Nicole Kidman getting it on before they got a divorce. In group sex scenes, no less.

This film about a woman with some pretty interesting hygienic habits also has some self-pleasure scenes that anyone could get behind.

I’m not the only one who has watched this without reading the subtitles, am I? I can’t be…

The leg cross that changed the world.

Another one that I hesitate to put on for moral reasons, but this movie about a teacher who falls in love with her student is ridiculously raunchy.

What’s love got to do with sex? Apparently a lot in this movie about a married man reliving his sex-filled past.

There might not be a ton of sex in this beautiful little film, but the little that there is is pretty darn good. Think real and honest. In other words: the best kind.

If big age differences between romantic partners are up your alley, have at it.

Renaissance sex. The best kind. Seeing what's underneath all of those layers always feel so much more exciting.

The filth in this movie is talked about more than it is shown, but, if hearing about wild sex acts is your kind of thing, then this movie is definitely for you.

She's as dangerous as she is sexy, but at least she'll show you a good time before she kills you.

So, even though Netflix has sworn off pornography, there are still enough movies to scratch that itch. I mean the itch for artfully done sex scenes, of course. What itch were you thinking? Get your mind out of the gutter.